Georges Mary : The European dimension of flattery. The correspondence between Gustav III of Sweden and count Creutz, his ambassador in Paris from 1766 to 1783, reveals both the diplomatic role played by the latter and his importance as a go-between between the Prince and French philosophes of the Enlightenment. A careful strategy of flattery is deployed to help the ideas of the philosophes enter the dominant language of power so that the princes could appeal to it and thus regain in the secular domain what they were losing in the sacred domain. At the same time the philosophes gained status and legitimacy from this royal favour. Thus there was worked out a sort of contract laying down, in an ambiguous, typically 18th-century relationship, the link between the political and the philosophical. 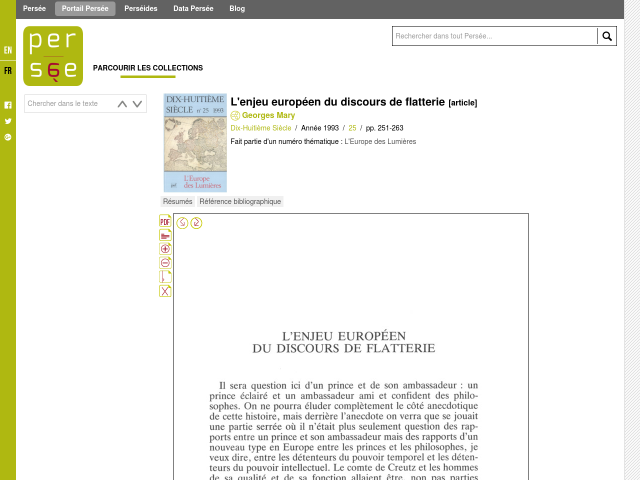