The liturgical manuals of the Taoists of northern Taiwan include long lists of "lineage masters" who are invited, together with the gods, to attend major rituals. Used in combination with "family registers", these lists make an excellent starting point for the exploration of "lineage history". Once the major Taoist lineages of North Taiwan had been reconstructed in this manner, the next step was to go to the Mainland to try and trace these lineages to their source. The resultant discoveries reveal that the Taoist tradition of North Taiwan is probably of Hakka origin and that this tradition has been transmitted over a period of nearly two hundred years with remarkable fidelity. 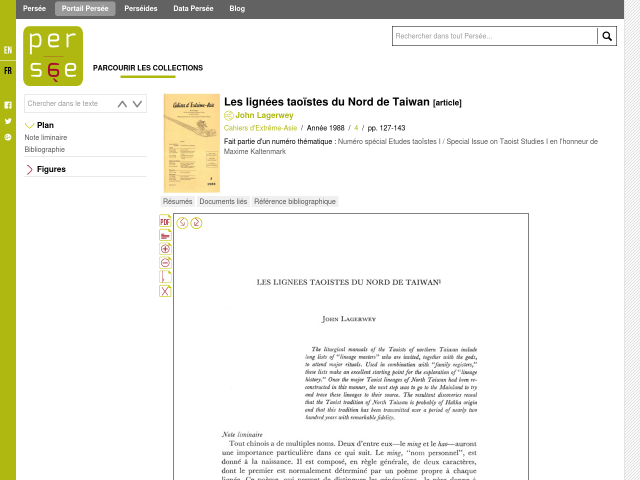