This article aims to coordinate the history of linguistic ideas with the constitution of a national language, taking the Portuguese language in Brazil as its specific object. So we need to study the relations between unity and diversity that are found in language studies as well as in the formation of a nation. Thanks to the notion of "Hyperlangue", we can analyse the processes of the constitution of the Brazilo-Portuguese language, which leads us to the question of national language and to the role played in this matter by the process of Brazilian grammatisation. We here analyse the birth of Brazilian grammars at the end of the 19th century in three respects: first, their definition of "grammar"; second, the problem of the marks of innovation/tradition in the development of Brazilian grammatisation; and third, lexical description as a tool for verifying the difference between Brazil and Portugal. Finally, we are led to study the relation between grammatisation and linguistic identity just as we do the relation between grammar and linguistic policy. 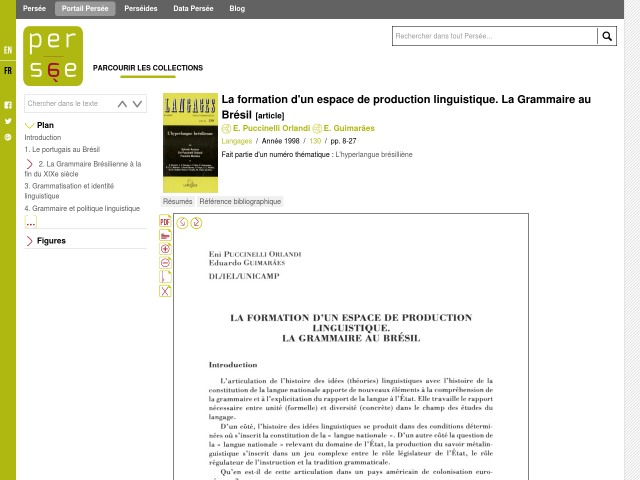