The Western cultural archetype of Narcissus experiences a significant turning point in the 1400s, thanks to Leon Battista Alberti’s work. Indeed, the myth evolves from being a subject embodying a taboo in the Antiquity to become the glance that generates the image; in so doing this myth assumes the rank of science and philosophy. Alberti does not follow Pliny’s reading of Ovid’s Metamorphosis, but handles Philostratus’s version; with his visual description he represents in the “Eikones” the darting glance towards the water. The rendering of this image anticipates the notion of centric ray, on which Alberti establishes his perspective’s theory based on the diaphanous nature of “velum”. The art of painting is compared to an “open vitreous and translucent window”. Narcissus does not see the water, so to say, but the image, as well as the painting’s observer instantly grasps the iconic value of it, rather than the material support. Because of this immediacy, the art of painting becomes the terrain of revelation: it makes clear the emerging progressive visibility of “something”, thus concurring with philosophy; better, the art of painting overtakes philosophy with the simple representation of polysemous complexities. This is the new art of painting, in which “there is nothing that is not philosophy”. Furthermore, in this synthetic role of representation in which the icon becomes all one with the spectator – in addition to the centric ray and to the orthogonality of the vision, topics already analyzed by the author in previous studies – consists an outstanding resemblance between Alberti and Cusanus. The two philosophers show their synergy in exploring a new anthropology. From this point of view can be read Alberti’s explanation, often misinterpreted, of Narcissus’ transformation into a flower: a synthesis between “imaginatio” and “executio”, or inactiveness versus activeness. Among all Narcissus’ portrayals of that time, it would be useful to consider the Pseudo Boltraffio’s version of London; this rendering applies thematically Alberti’s theory in its essential aspects, introducing it within Leonardo Da Vinci’s circle of artists. 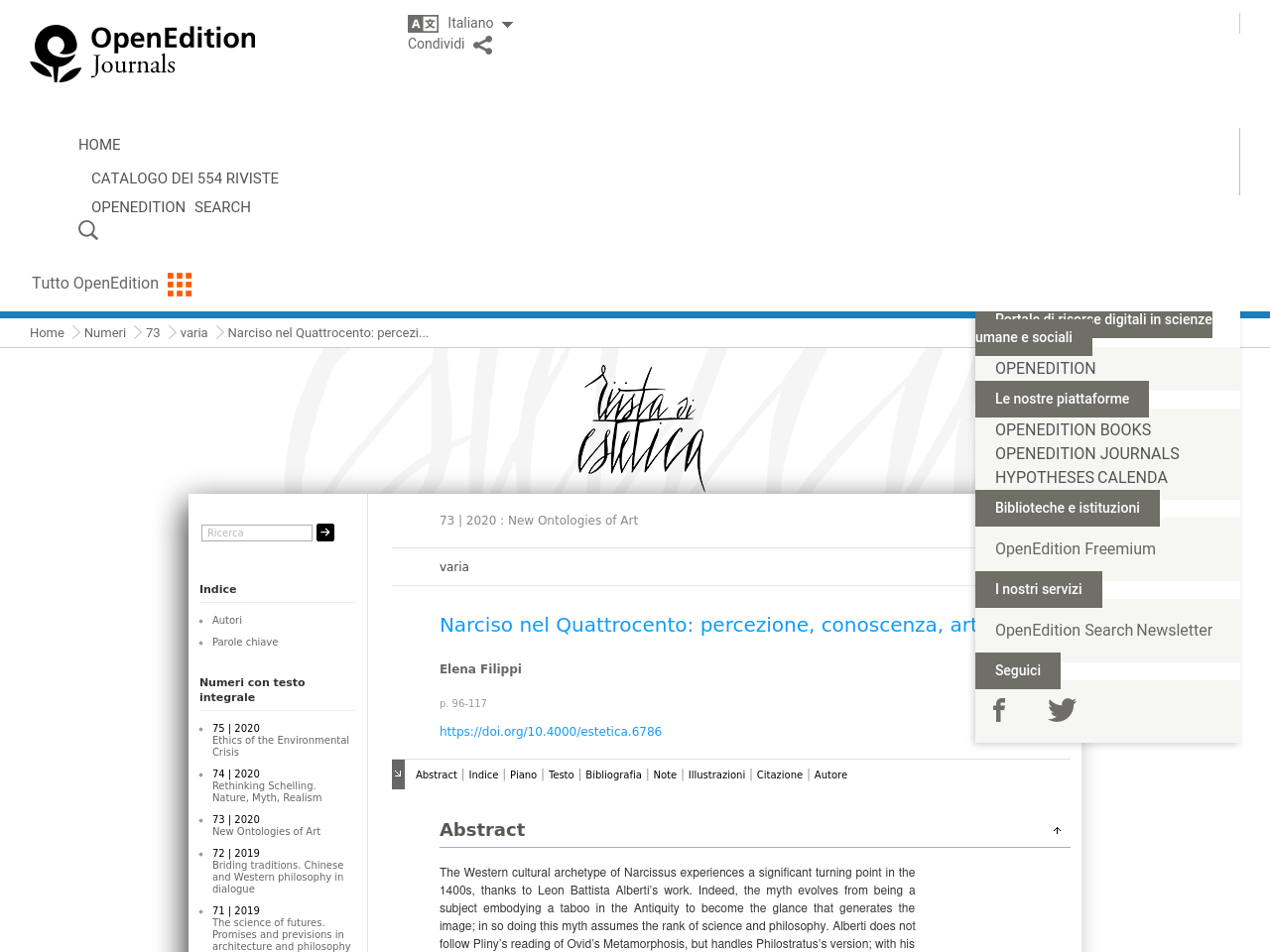