The decisions rendered last December by the Supreme Court of Canada in Blaikie and Forest and in the Reference concerning the Senate are closely related. They curtail Canadian constitutional amending powers, especially those which were thought to have been repatriated in 1949. The reasons of the Court in these cases are commented upon and their impact is assessed. The author submits that the Supreme Court deviates from the principle of a Constitution similar to that of the United Kingdom. It gives itself too much leeway and not enough to Parliament and legislatures. But at the same time, the Supreme Court appeared to take account of constitutional propriety in construing a power which Ottawa gained unilaterally. The overall result is so favourable to the status quo that it increases the necessity for a fresh pact to be negotiated. 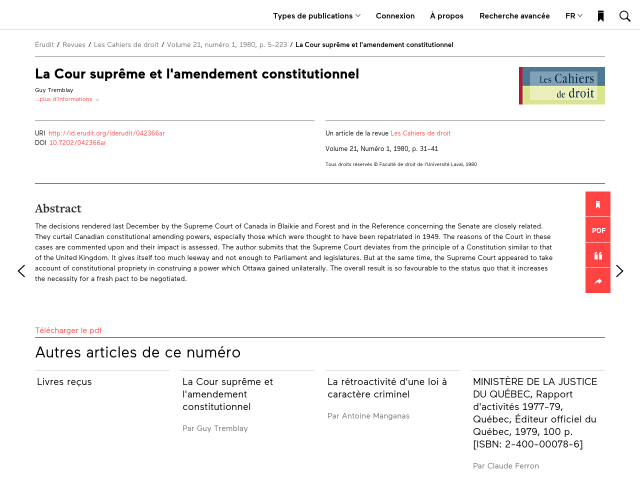