The Role of Architecture in Constructing Gameworlds: Intertextual Allusions, Metaphorical Representations and Societal Ethics in Dishonored

In this article, we present a close analysis of the role that the steampunk industrial Victorian architecture in Dishonored (2012) has in constructing the player’s experience and knowledge of the gameworld. Through various intertextual allusions and metaphorical representations, we argue the architecture works as an important storytelling element, contextualizing information that the player learns and conveying information about the game’s main characters, similar to the ways that architecture is utilized in other visual media such as television and film. In addition, we also argue that the architecture in Dishonored plays a crucial role in conveying to the player information about the morals and values of the fictional society, key to the game’s moral-choice gameplay. 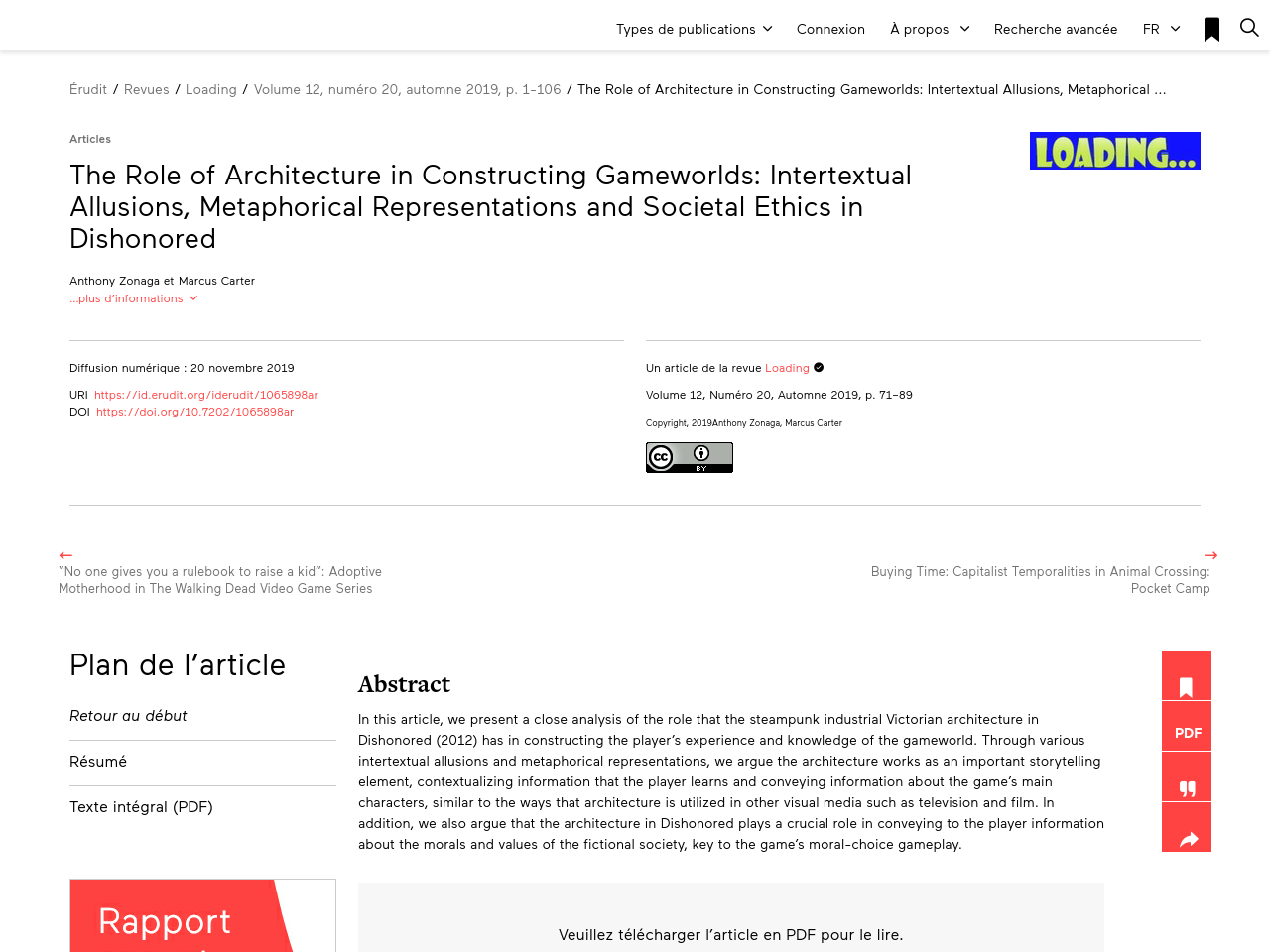