In November 2017, Nintendo released Animal Crossing: Pocket Camp (Nintendo 2017) for iOS and Android devices. At first blush, the game is much like previous instalments in the series. The player character finds themselves as a new denizen of a rural space populated by sentient animals that all have wants and offer rewards for those that satisfy those wants. However, the conversion of Animal Crossing from console game to mobile game was not without its major changes. A free-to-play game par excellence, Pocket Camp introduces Leaf Tokens, a separate currency from bells which can be bought with real money. Leaf Tokens can be used to buy certain in-game objects but, for the most part, are used to eliminate instances of waiting in the game, which stands in direct opposition to the series’ apparent valorization of slower, simpler living. Through a discussion of this translation of Animal Crossing’s mechanics and values into the mobile game genre, Pocket Camp is shown to gamify the capitalist monetization of time. In the face of this reality, the paper concludes examining the role of the player as a critical actor within this system and suggests that, far from being a passive victim of the game’s capitalist logics, one might engage with the game in subversive ways that articulate a virtual refusal of virtual labour and an instance of what the author has taken to calling radical slowness. 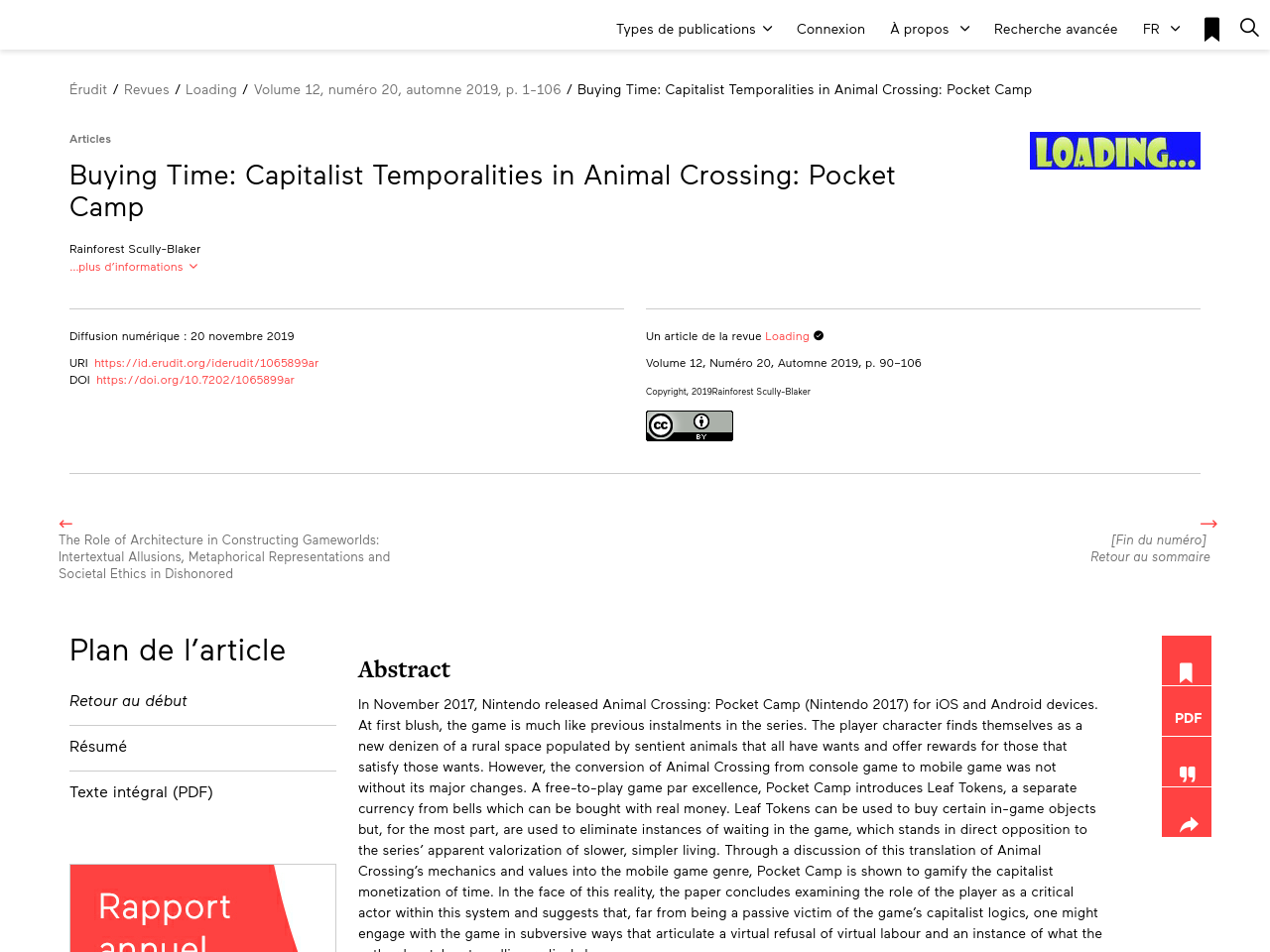