This paper addresses the depiction of colonialism and imperial ideologies in video games through an adaptation case study of the 2016 indie role-playing game Kim, adapted from the Rudyard Kipling novel of the same name. I explore the ways in which underlying colonial and imperial ideologies are replicated and reinforced in the process of adapting novel to game. In the process of adaptation, previously obscured practices of colonial violence are brought to the forefront of the narrative, where they are materialized by the game’s procedural rhetoric. However, the game fails to interrogate or critique these practices, ultimately reinforcing the imperial ideological framework in which it was developed. 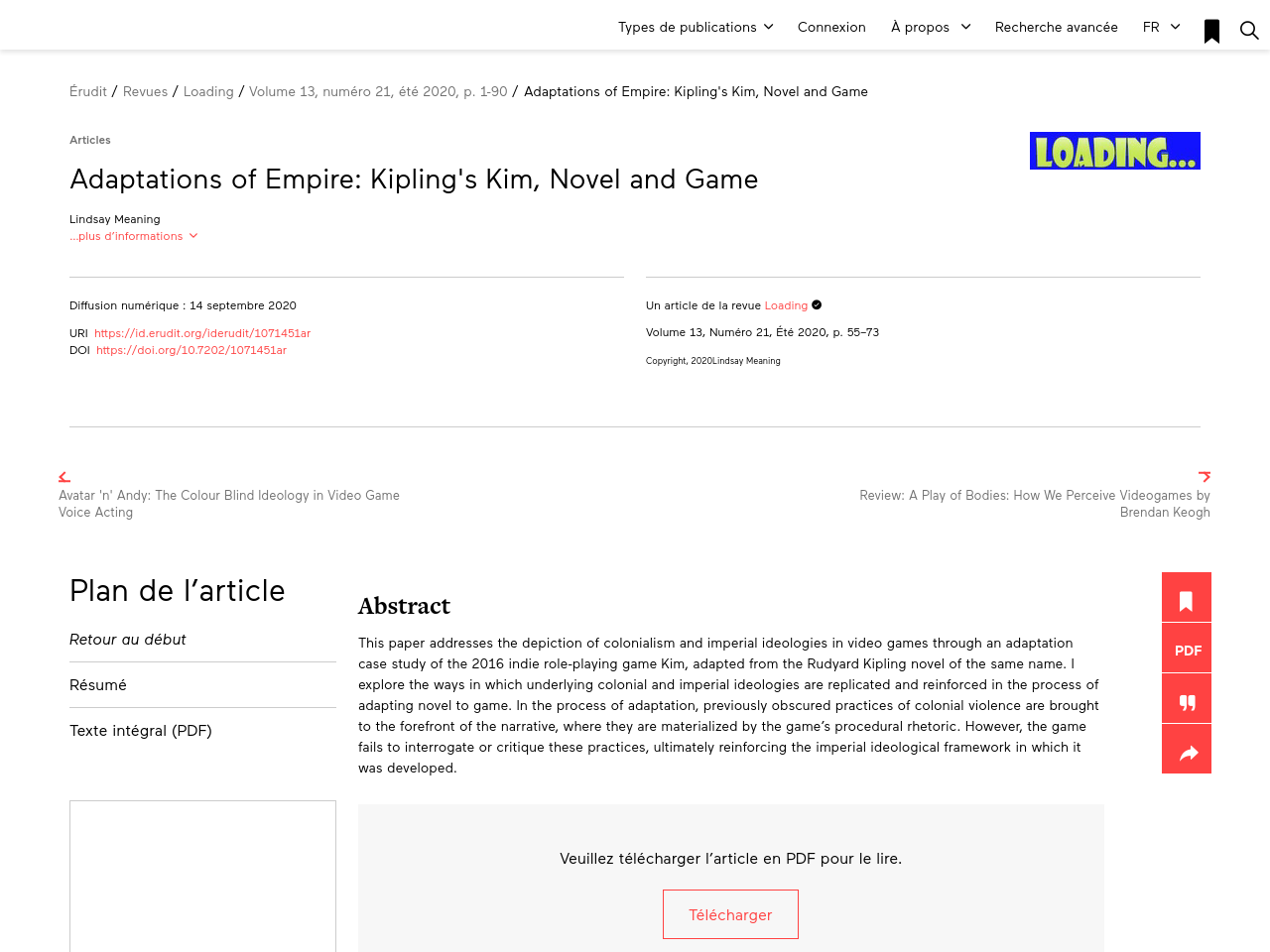