Today, "persistent" infections by certain types of human papillomavirus (HPV) are considered necessary for developing cervical cancer. Producing efficient vaccines against these viruses may eventually lead to a great reduction in incidence and mortality rates of this cancer. In the case of HPV, the production of traditional vaccines usually based in dead or attenuated viruses is not possible due in part to the lack of systems where large quantities of viral particles could be obtained. Fortunately, the expression of the late L1 protein alone, or in combination with L2, leads to the generation of structures resembling true virions that have been called virus-like particles (VLPs) and constitute excellent candidates as prophylactic vaccines. VLPs have shown to be very immunogenic, and have prevented development of natural or challenged infections in both animal systems and humans. Recently, HPV16 VLPs were shown to be very efficient to prevent the development of "persistent" infections, as determined by PCR assays, in a large group of vaccinated women. Therapeutic vaccines, on the other hand, are expected to have an impact on advanced lesions and residual illness, by taking advantaje of the fact that early E6 and E7 genes are thought to be constitutively expressed in cervical tumors and precursor lesions. Finally, DNA-based vaccines could represent a useful alternative for preventing infections by genital HPV. This paper is available too at: http://www.insp.mx/salud/ index.html 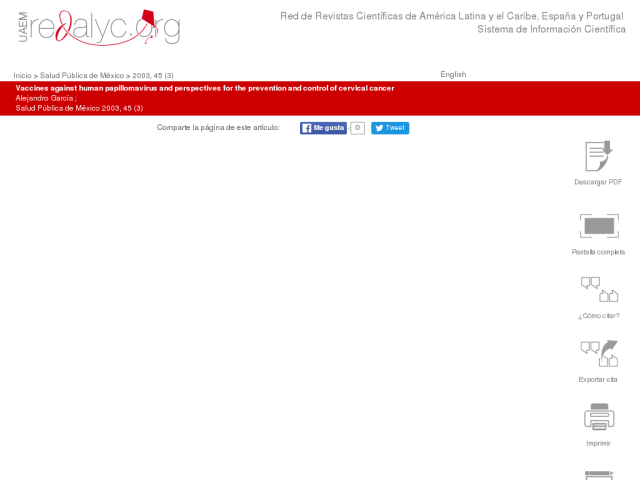