Migration, mines and mores: the HIV epidemic in southern Africa

The seriousness of the HIV epidemic in southern and eastern Africa has its roots in the 19th century-in the employment practices instituted on mines, farms and in cities, where millions of men have, ever since, lived apart from their families for the greater part of each year. This destruction of the family unit was a sociological disaster waiting for the arrival of HIV and is the source of many other social ills-not least the increasingly violent nature of South African society. In the short term we can promote HIV prevention measures such as male circumcision and condom use. In the medium term, we can hope that the many billions already spent on microbicide and vaccine research begin to pay dividends. In the long term, we need to change fundamentally the way that people live. 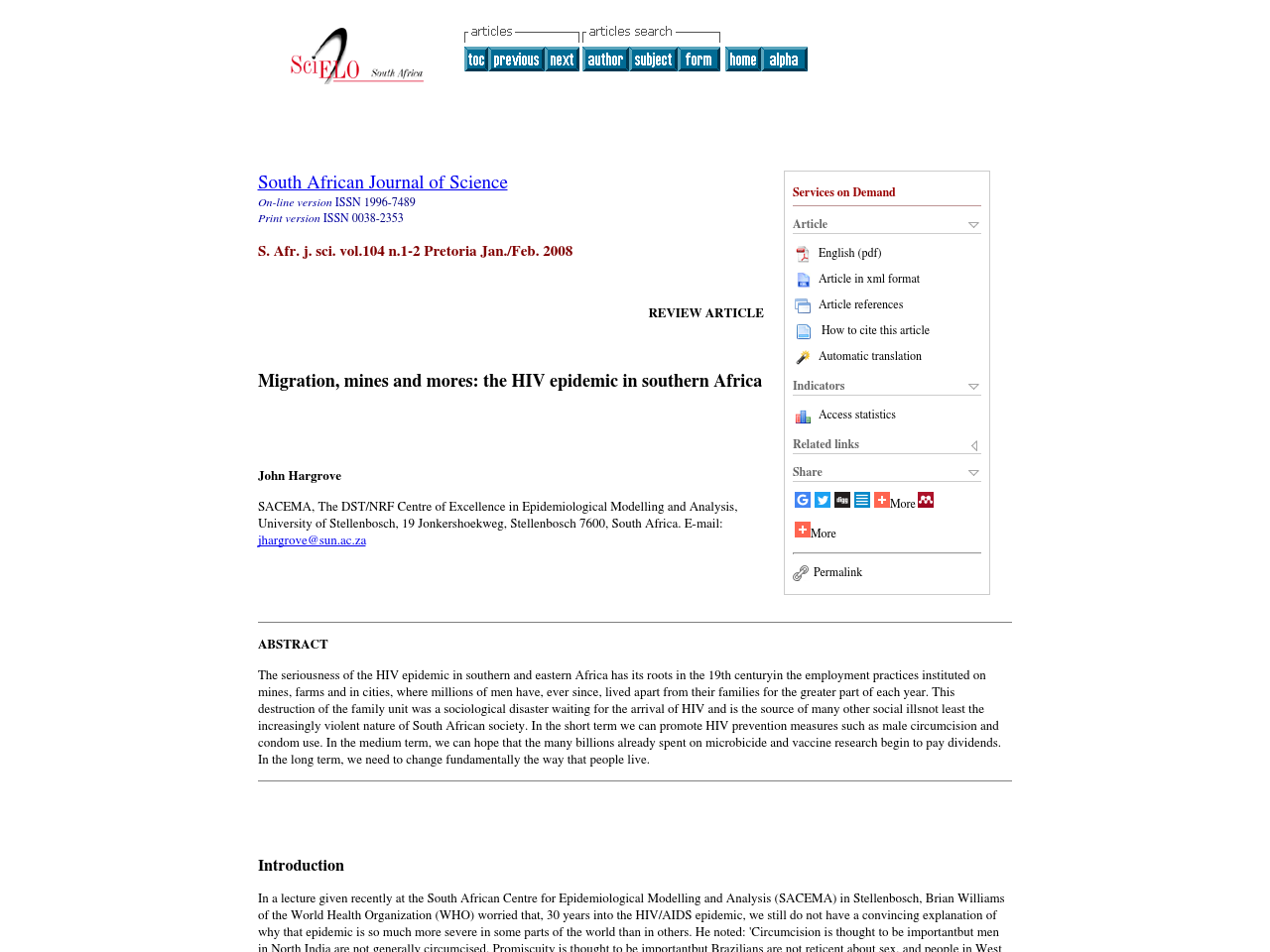