In classical French, conjunctive ni, which can be equally written ni ou ny (but no more ne), is no more —as it was in medieval French— a “conjunction of virtuality” appearing in “not entirely affirmative contexts” (like affirmative interrogative clauses, or affirmative comparative clauses of superiority, in particular). Ni is not yet —as it is in contemporary French— a “negative forclusive conjunction” exclusively linked to ne. It works as an argumentative connector, organizing into a hierarchy of increasing relevance the connected sequences when it appears as a single ni, and giving this connected sequences as argumentatively equivalents when it appears as ni...ni (polysyndetic conjunction). 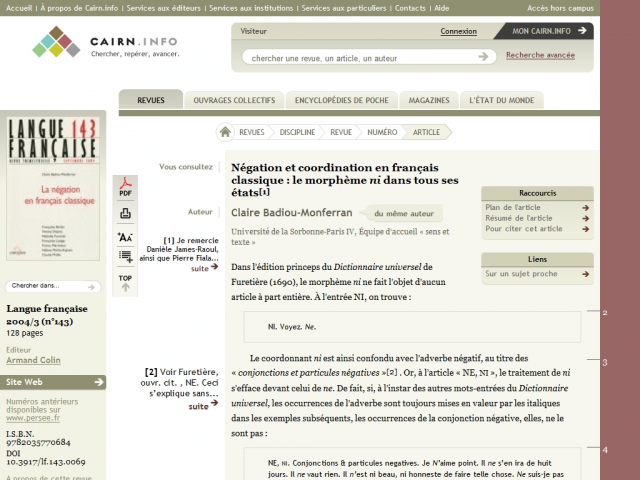