Aim: In theory, the highest-quality habitat across a species' range should support individuals with the highest fitness, making it possible to evaluate the outputs of species distribution models (SDMs) by exploring the relationship between habitat quality and functional traits related to species' fitness. However, this relationship has been tested almost exclusively in plants. We investigated the degree to which morphological and reproductive traits of an alpine spider varied along a gradient of habitat quality projected via SDMs. Location: Southwestern Alps (France and Italy). Time period: 2007-2018. Major taxa studied: Vesubia jugorum (Arachnida: Araneae: Lycosidae). Methods: We used climatic, topographical and geomorphological variables at a resolution of 250 m to model habitat quality for V. jugorum, with multiple algorithms (gen-eralized additive models, boosted regression trees and maximum entropy models). We collected spiders in the field and measured their body size and egg-case size (a functional trait related to reproductive success). We tested the relationship between functional traits and habitat quality with linear mixed models. Results: All SDM algorithms we tested fit the data well, with similar explanatory ability. Models revealed a positive relationship between the probability of presence and cumulative precipitation and percentage of rock. An additional important variable in the SDMs was duration of snow coverage, with optimal projected habitat quality between 40 and 100 days/year with snow. Modelled habitat quality was positively associated with maximum body and egg-case size. Main conclusions: Our work provides evidence of a positive association between projected habitat quality and traits of a terrestrial invertebrate. A model that fits the data well potentially can be used to predict variations in species' traits, thus offering an experimental test of SDM projections with field-collected data. We encourage SDM users to incorporate data on functional traits into their modelling fitting exercises. 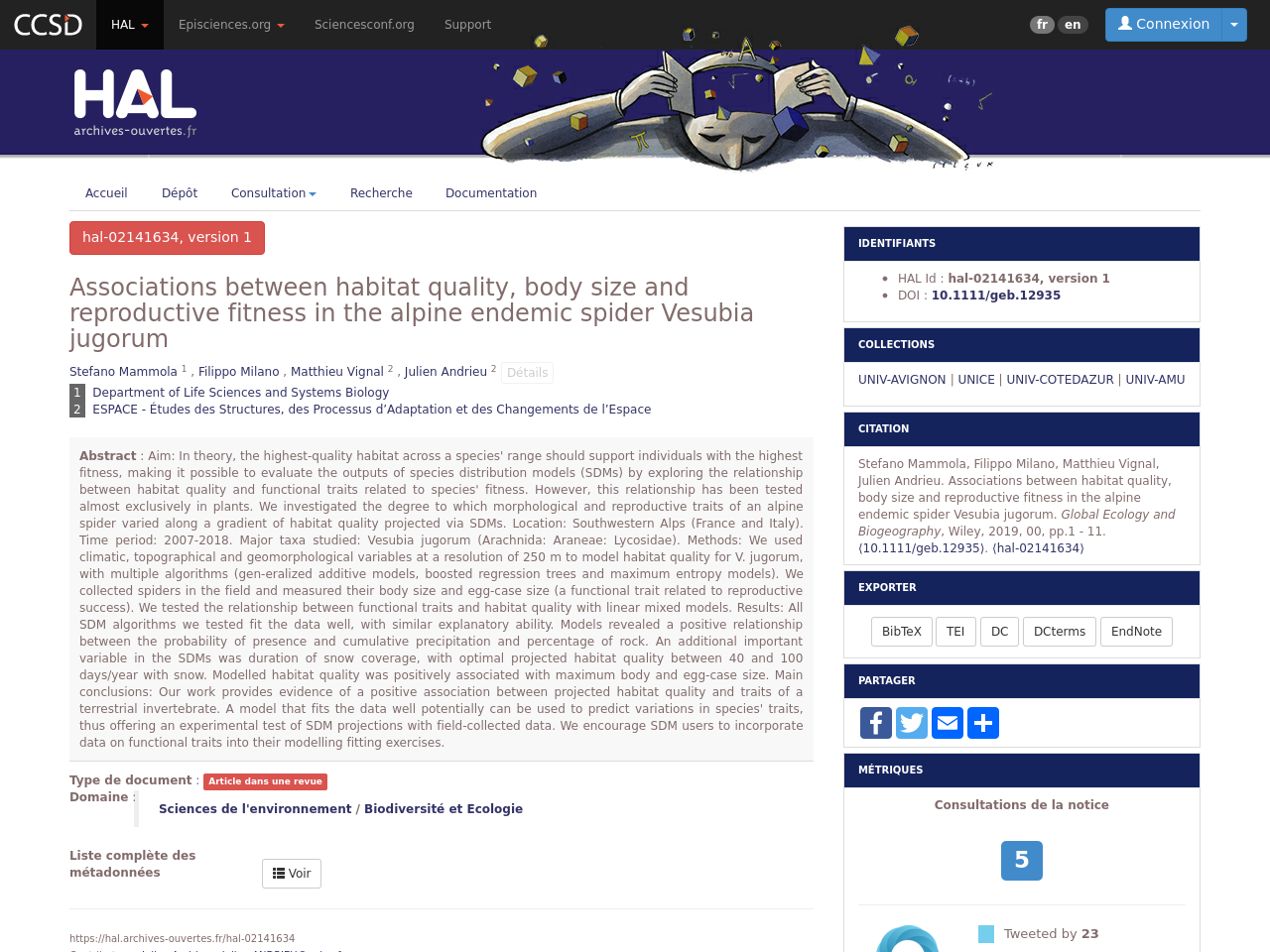