Relationships between health and economic prosperity or economic growth are difficult to assess. The direction of the causality is often questioned and the subject of a vigorous debate. For some authors, diseases or poor health had contributed to poor growth performances especially in low-income countries. For other authors, the effect of health on growth is relatively small, even if one considers that human capital accumulation needs also health investments. It is argued in this paper that commonly used health indicators in macroeconomic studies (e. g. life expectancy, infant mortality or prevalence rates for specific diseases such as malaria or HIV/AIDS) imperfectly represent the global health status of population. Health is rather a complex notion and includes several dimensions which concern fatal (deaths) and non-fatal issues (prevalence and severity of cases) of illness. The reported effects of health on economic growth vary accordingly with health indicators and countries included in existing analyses. The purpose of the paper is to assess the effect of health on growth. The augmented Solow model is modified so as to account for human capital depreciation. It is argued that the latter is measured by the so-called disability-adjusted life year (DALY) that was proposed by the World Bank and the WHO in 1993. Income regressions are run on 129 countries over the 2000-2004's period, where the potential endogeneity of the health indicator is dealt for. The negative effect of poor health on development is not rejected thus reinforcing the importance of achieving MDGs. 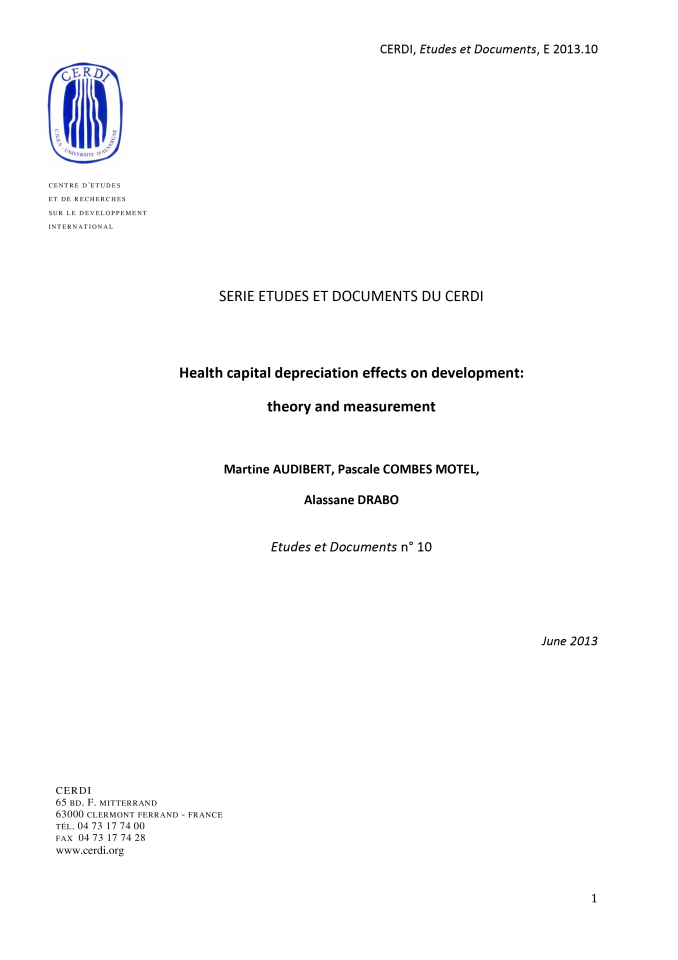