From multiculturalism to global values : how New Labour set the agenda

In Tony Blair’s speech on “Our Nation’s Future” in December 2006, he cited the London bombings as a reason for adopting a new, critical attitude towards multiculturalism. This speech was interpreted in the press as a “turnaround”. But this paper seeks to show that New Labour began to distance itself from an ideological commitment to multiculturalism from the very beginning. Armed with a version of communitarian thinking which stressed that political rights were dependent on allegiance to the nation and the community, New Labour emphasised the need for ethnic minorities and especially Muslims, to integrate into British society. New Labour thinking also stressed the need to affirm Western values in the international sphere, through the policy of humanitarian interventionism. It is argued that this emphasis on social cohesion and integration should be placed in the context of the creation of a new cultural consensus, not just at the local but at the global level. 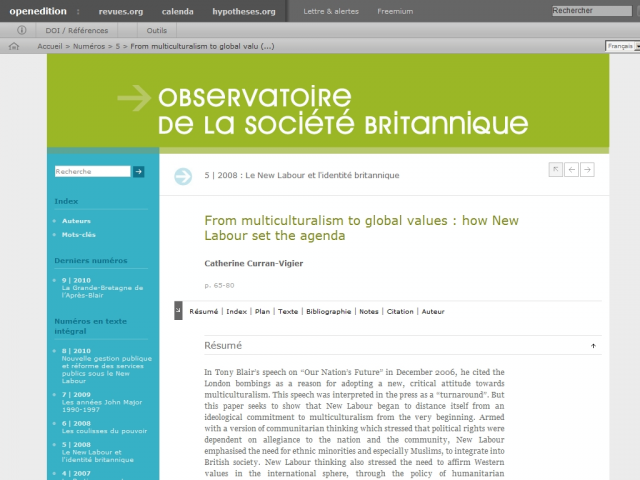