The new collectives of the energy transition

The notion of « energy transition » has emerged during the past decade in order to point at processes or ambitions of decarbonising our energy path. Transition scenarios, quantitative visions and “technological potentials” have been produced in order to inform the steering of this transition. As witnessed by the raising number controversies about new energy technologies (NET), the overarching quantitative, economic and technological framing through which the energy transition is steered fails to point at a consensual transition path.The COLLENER poster aims at offering an occasion for confrontation and exchanges around social science analyses of critical dimensions of the ongoing energy transition. It stems from an eponymous interdisciplinary research project (economics, sociology, geography, urbanism, land planning) initiated in 2011, which allowed seven French research partners to follow, with the method of social sciences, ongoing processes of energy transitions on different scales (transnational, national, local), about different technologies (solar, wind, smart grids, biomass, low energy building, CCS) and in different countries (France, Germany, Tunisia). A key argument of the COLLENER project is that the only potentials are « transition potentials »: they are potentials-in-the-making, emerging through the processes of socio-spatio-technical assemblage of NET. The project gathers an impressive empirical material, following the socio–technical collectives at work in the making of transition processes. It totals up to 30 case studies from which we pulled transversal lines of analysis in order to address key dimensions of the energy transition, such as: -the socio-technical construction of energy resources, -the role of inherited socio-spatio-technical configurations and the temporality of the energy transition, -the territorial reconversions and the production of new spatialities,-the consequences of passing through market, technology/demonstration or economic instruments on the production and distribution of wealth and powers in and from the transition. In so doing, the project and the conference aim at contributing to a new perspective about the energy transition (process approach, dynamics, trans-scalar perspective) as well as about the notion and definition of transition potential. 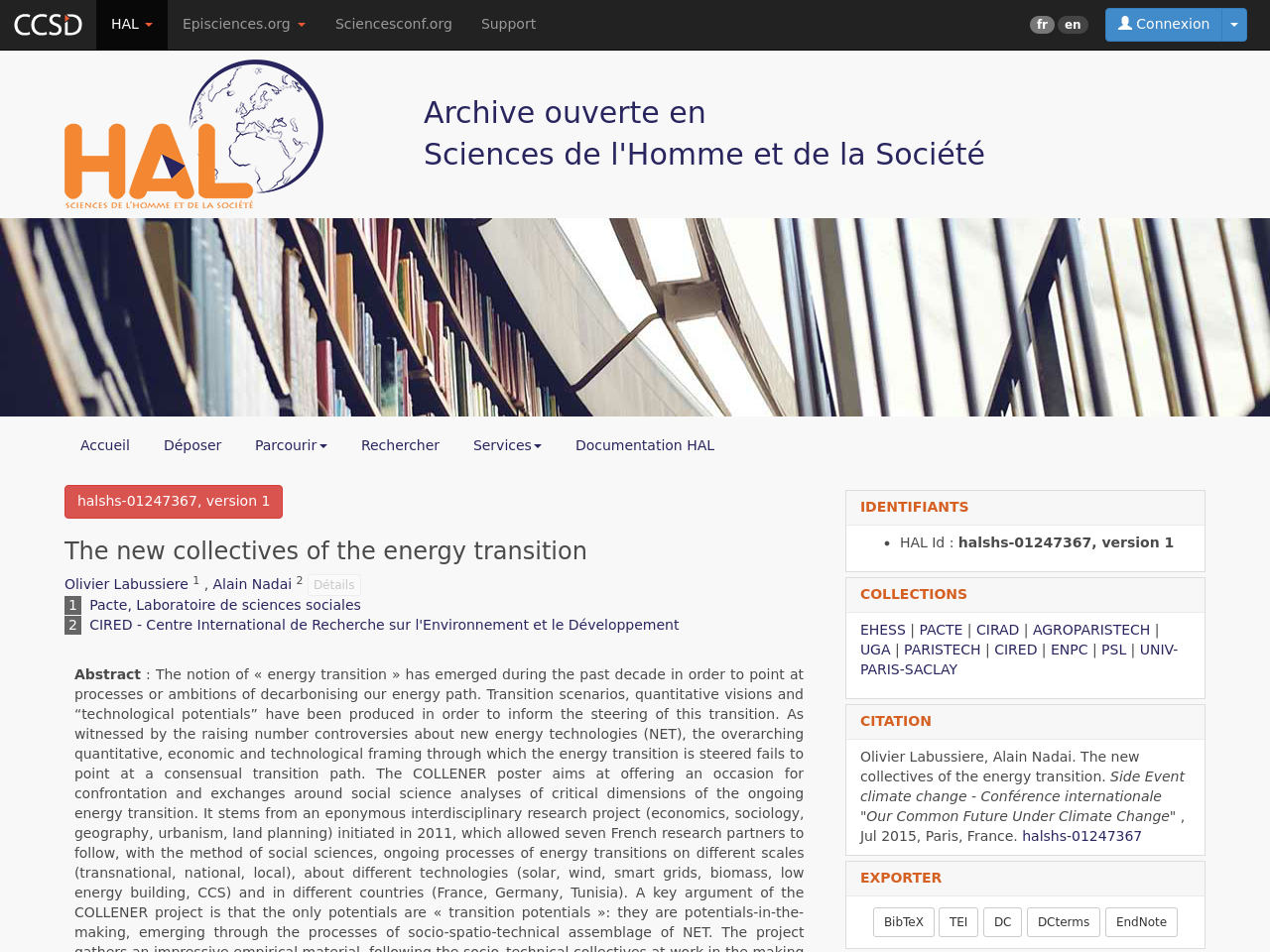