Axonal involvement in the Wlds neuroprotective effect: analysis of pure motoneurons in a mouse model protected from motor neuron disease at a pre-symptomatic age

The identification of the Wlds gene that delays axonal degeneration in several models of neurodegenerative disease provides an interesting tool to study mechanisms of axonal loss. We showed that crossing a mouse mutant with a motoneuron disease (pmn for progressive motor neuronopathy) with mice that express the Wlds gene delayed axonal loss, increased the life span, partially rescued axonal transport deficit and prolonged the survival of the motoneuron cell bodies. To determine factors involved in the neuroprotective effect of Wlds, we combined laser capture microdissection and microarray analysis to identify genes that are differentially regulated at a pre-symptomatic age in motoneuron cell bodies in pmn/pmn,Wlds/Wlds mice as compared with pmn/pmn mice. Only 56 genes were de-regulated; none of the 'classical' genes implicated in apoptosis were de-regulated. Interestingly, a large proportion of these genes are related to axonal function and to retrograde and anterograde transport (i.e. members of the dynactin complex and kinesin family). These results were confirmed by real-time PCR, in situ hybridization and at protein level in sciatic nerves. Thus, genes related to axonal function and in particular to axonal transport may be involved at an early stage in the neuroprotective property of the Wlds gene and confirm the importance of axonal involvement in this model of motor neuron disease. 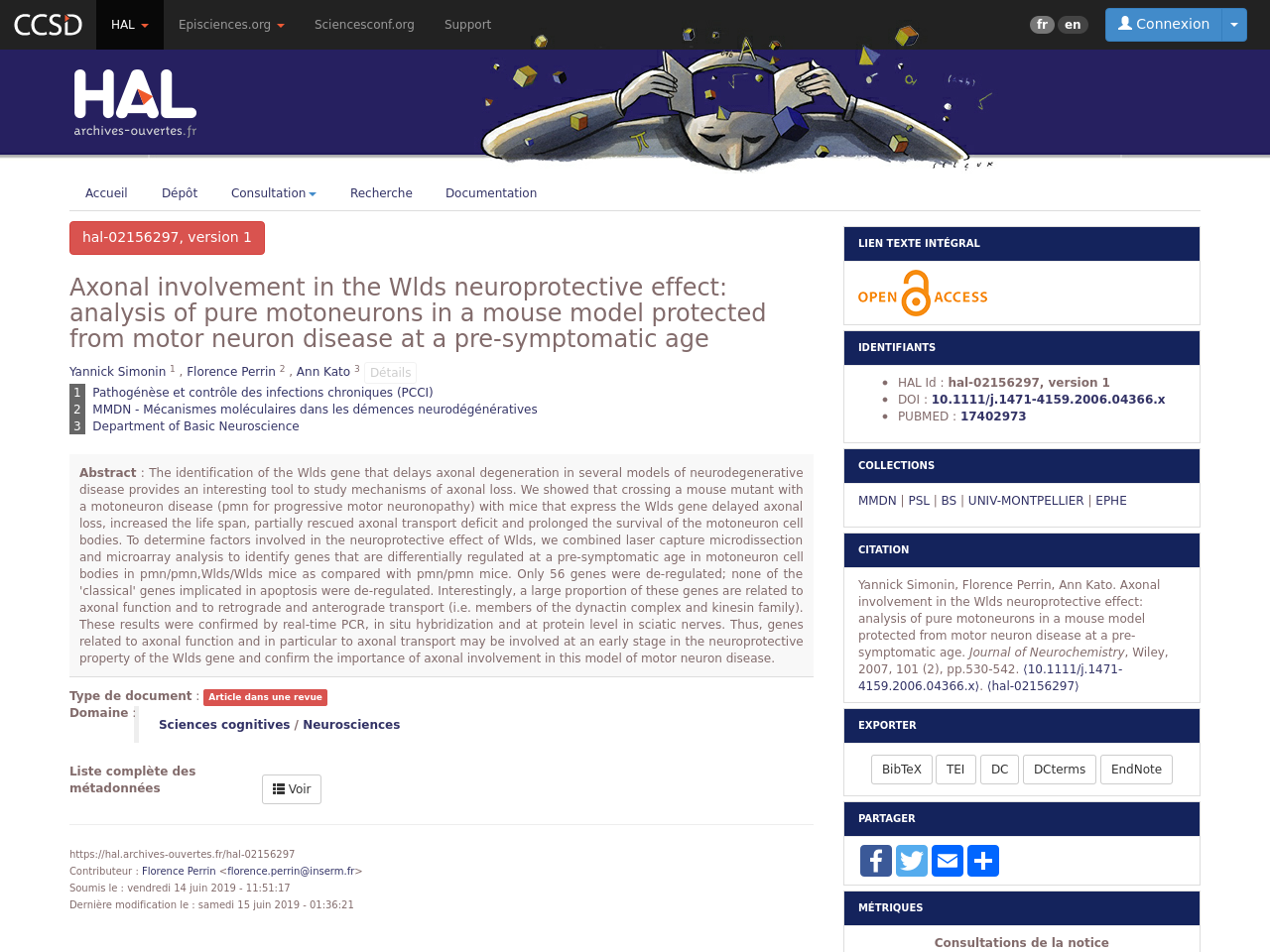