IMPORTANCE The World Health Organization recommends that rates of cesarean delivery range from 10% to 15%. India has the largest annual number of births in the world and needs updates of existing estimates. OBJECTIVE To provide a new set of estimates of the rates of cesarean delivery and to map regional and socioeconomic disparities within these rates in India. DESIGN, SETTING, AND PARTICIPANTS Cross-sectional study primarily based on cross-sectional figures drawn from the fourth round of the National Family and Health Survey conducted from January 20, 2015, through December 4, 2016, by the Indian Institute for Population Sciences in Mumbai. The survey interviewed 699 686 girls and women aged 15 to 49 years and collected information on their last 3 pregnancies since January 2010 (259 627 births). The study population was statistically representative of India's 36 states and Union territories and its 640 districts. The survey also included information on the socioeconomic status of households. The research is based on data tabulations and mapping and on spatial and regression analyses of microdata. Socioeconomic inequalities in access to cesarean deliveries were assessed using the Gini coefficient. Data were analyzed from August to October 2018. MAIN OUTCOMES AND MEASURES Rate of cesarean deliveries by regional and socioeconomic characteristics. RESULTS The cesarean birth rate computed for 699 686 Indian girls and women aged 15 to 49 years (mean [SD] age, 26.8 [5.0] years) was 17.2%(95% CI, 17.1%-17.3%) in 2010 to 2016, which corresponds to an estimated 4.38 million cesarean deliveries per year during the period (95% CI, 4.34-4.41 million) in India. Cesarean birth rates vary widely within the country, with a range of 5.8% (95% CI, 5.1%-6.5%) to 40.1%(95% CI, 38.4%-41.8%) across states and 4.4%(95% CI, 4.3%-4.6%) to 35.9%(35.4%-36.4%) across socioeconomic quintiles. The rate significantly increased from 9.2% (95% CI, 9.1%-9.3%) in 2004 to 2008. According to the recommended 10% to 15% benchmark of cesarean birth rates by the WHO, the estimated deficit of cesarean births in India is 0.5 million per year, whereas the estimated excess of cesarean births is 1.8 million. The overall Gini coefficient of inequality in access to cesarean deliveries is 46.4. CONCLUSIONS AND RELEVANCE The rate of cesarean births is increasing in India and has already crossed the World Health Organization threshold of 15%. More research is needed to understand the factors behind the rapid rise of cesarean deliveries among affluent groups and in more developed regions. 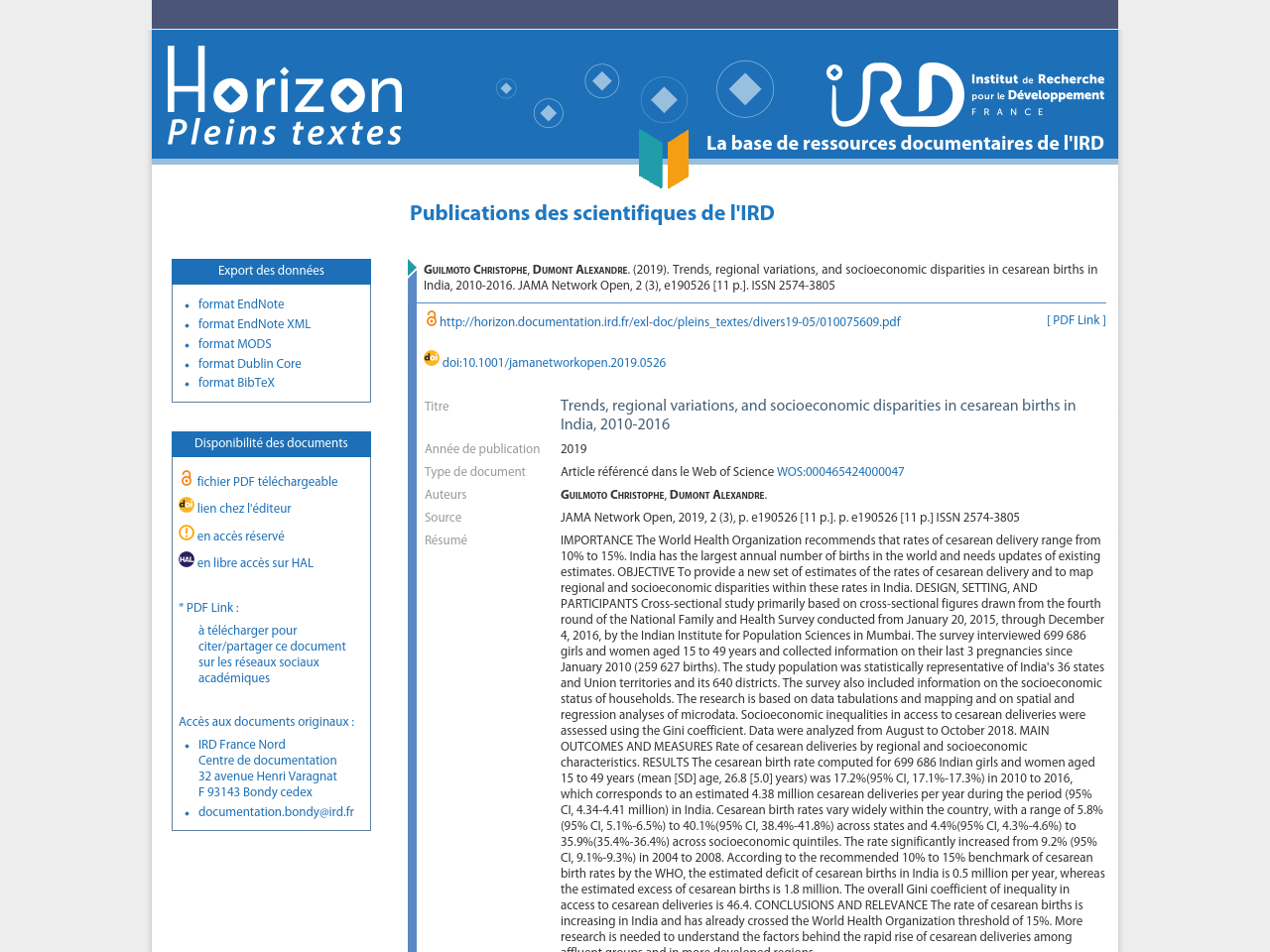