The effect of nutrients inputs, mainly nitrogen and phosphorus on the structure of the zooplankton community, including diversity, evenness, dominance, and richness, in Pampulha Reservoir in the city of Belo Horizonte, Brazil was evaluated. The samples were taken on 15 September 2009 at 23 sampling stations, covering the entire reservoir. The spatial analysis showed that species richness gradually decreased in those sites with increased nutrients; copepods and rotifers increased in density along this same spatial gradient (mainly Thermocyclops decipiens, Metacyclops mendocinus and Brachionus calyciflorus). Thematic maps describing the horizontal distribution of some variables showed that areas with higher nutrient concentrations were associated with increases in dominance and decreases in diversity and species richness. 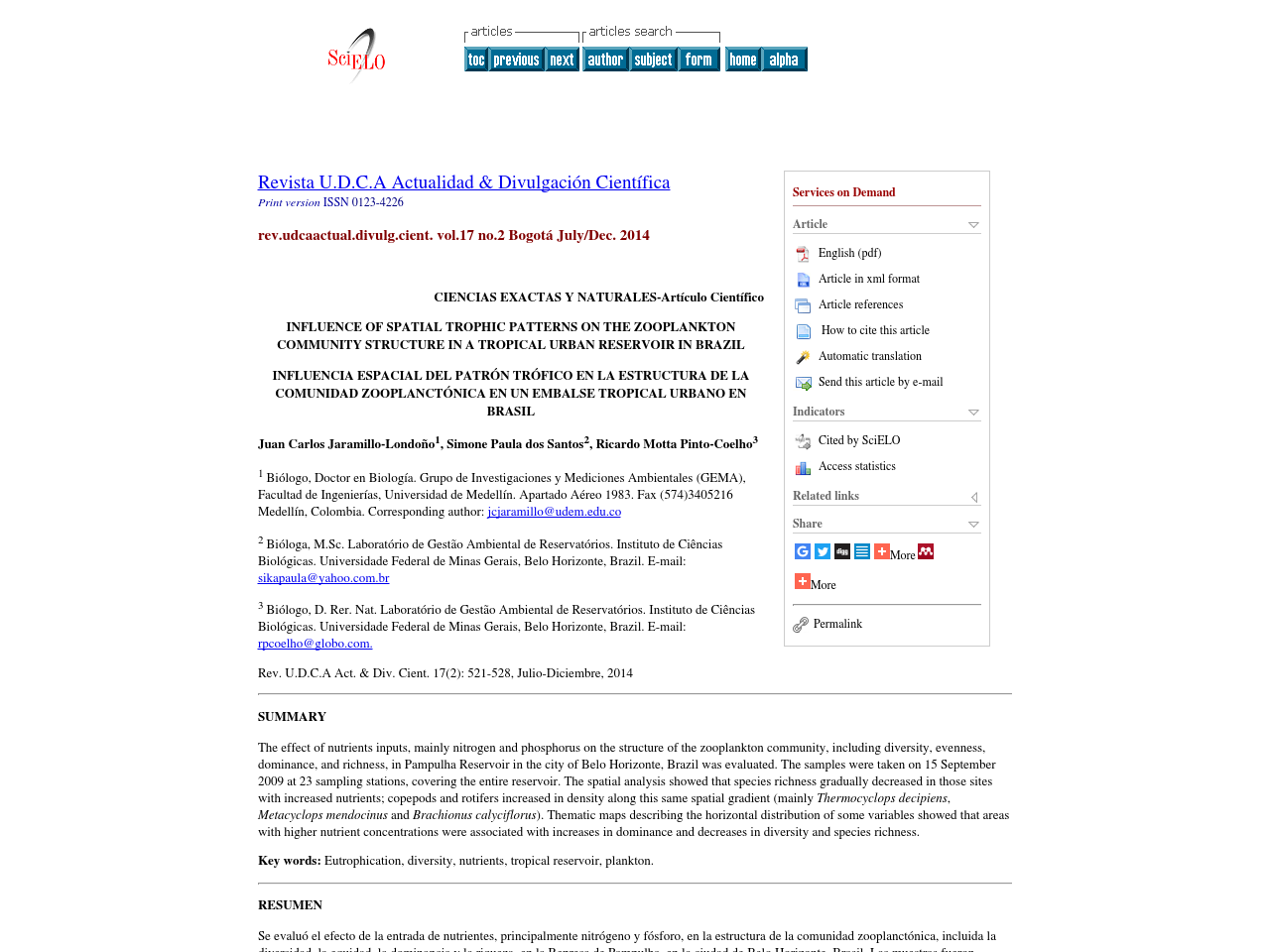