Adaptation produces hard or soft selective sweeps depending on the supply of adaptive genetic polymorphism. The evolution of pesticide resistance in parasites is a striking example of rapid adaptation that can shed light on selection processes. Plasmopara viticola, which causes grapevine downy mildew, forms large populations, in which resistance has rapidly evolved due to excessive fungicide use. We investigated the pathways by which fungicide resistance has evolved in this plant pathogen, to determine whether hard or soft selective sweeps were involved. An analysis of nucleotide polymorphism in 108 field isolates from the Bordeaux region revealed recurrent mutations of cytb and CesA3 conferring resistance to quinone outside inhibiting (QoI) and carboxylic acid amide (CAA) fungicides, respectively. Higher levels of genetic differentiation were observed for nucleotide positions involved in resistance than for neutral microsatellites, consistent with local adaptation of the pathogen to fungicide treatments. No hitchhiking was found between selected sites and neighbouring polymorphisms in cytb and CesA3, confirming multiple origins of resistance alleles. We assessed resistance costs, by evaluating the fitness of the 108 isolates through measurements of multiple quantitative pathogenicity traits under controlled conditions. No significant differences were found between sensitive and resistant isolates, suggesting that fitness costs may be absent or negligible. Our results indicate that the rapid evolution of fungicide resistance in P. viticola has involved a soft sweep. 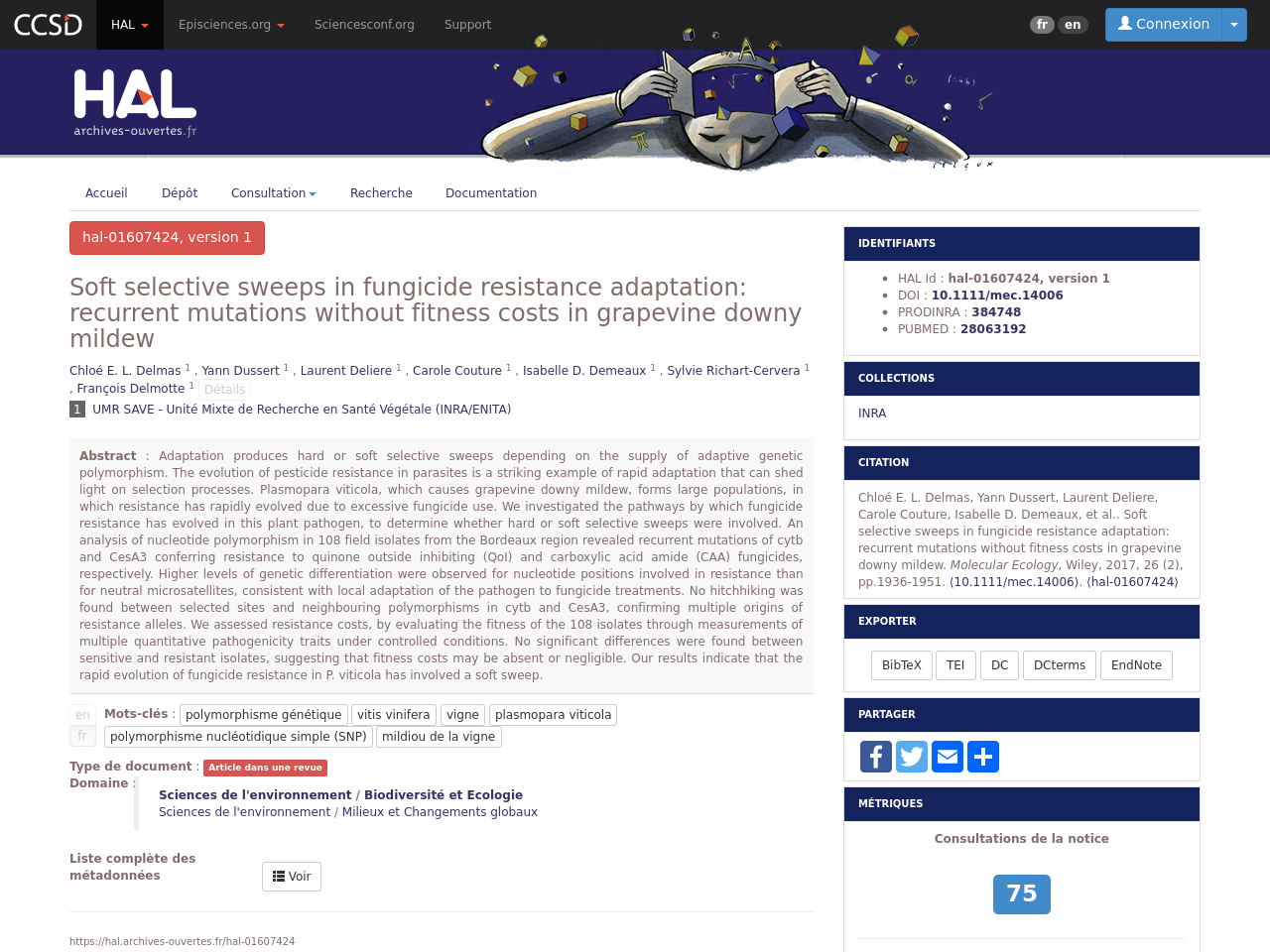