Dogs are renowned for being skilful at using humangiven communicative cues such as pointing. Results are contradictory, however, when it comes to dogs' following human gaze, probably due to methodological discrepancies. Here we investigated whether dogs follow human gaze to one of two food locations better than into distant space even after comparable pre-training. In Experiments 1 and 2, the gazing direction of dogs was recorded in a gaze-following into distant space and in an object-choice task where no choice was allowed, in order to allow a direct comparison between tasks, varying the ostensive nature of the gazes. We found that dogs only followed repeated ostensive human gaze into distant space, whereas they followed all gaze cues in the object-choice task. Dogs followed human gaze better in the object-choice task than when there was no obvious target to look at. In Experiment 3, dogs were tested in another object-choice task and were allowed to approach a container. Ostensive cues facilitated the dogs' following gaze with gaze as well as their choices: we found that dogs in the ostensive group chose the indicated container at chance level, whereas they avoided this container in the non-ostensive group. We propose that dogs may perceive the object-choice task as a competition over food and may interpret non-ostensive gaze as an intentional cue that indicates the experimenter's interest in the food location she has looked at. Whether ostensive cues simply mitigate the competitive perception of this situation or they alter how dogs interpret communicative gaze needs further investigation. Our findings also show that following gaze with one's gaze and actually choosing one of the two containers in an object-choice task need to be considered as different variables. The present study clarifies a number of questions related to gaze-following in dogs and adds to a growing body of evidence showing that human ostensive cues can strongly modify dog behaviour. 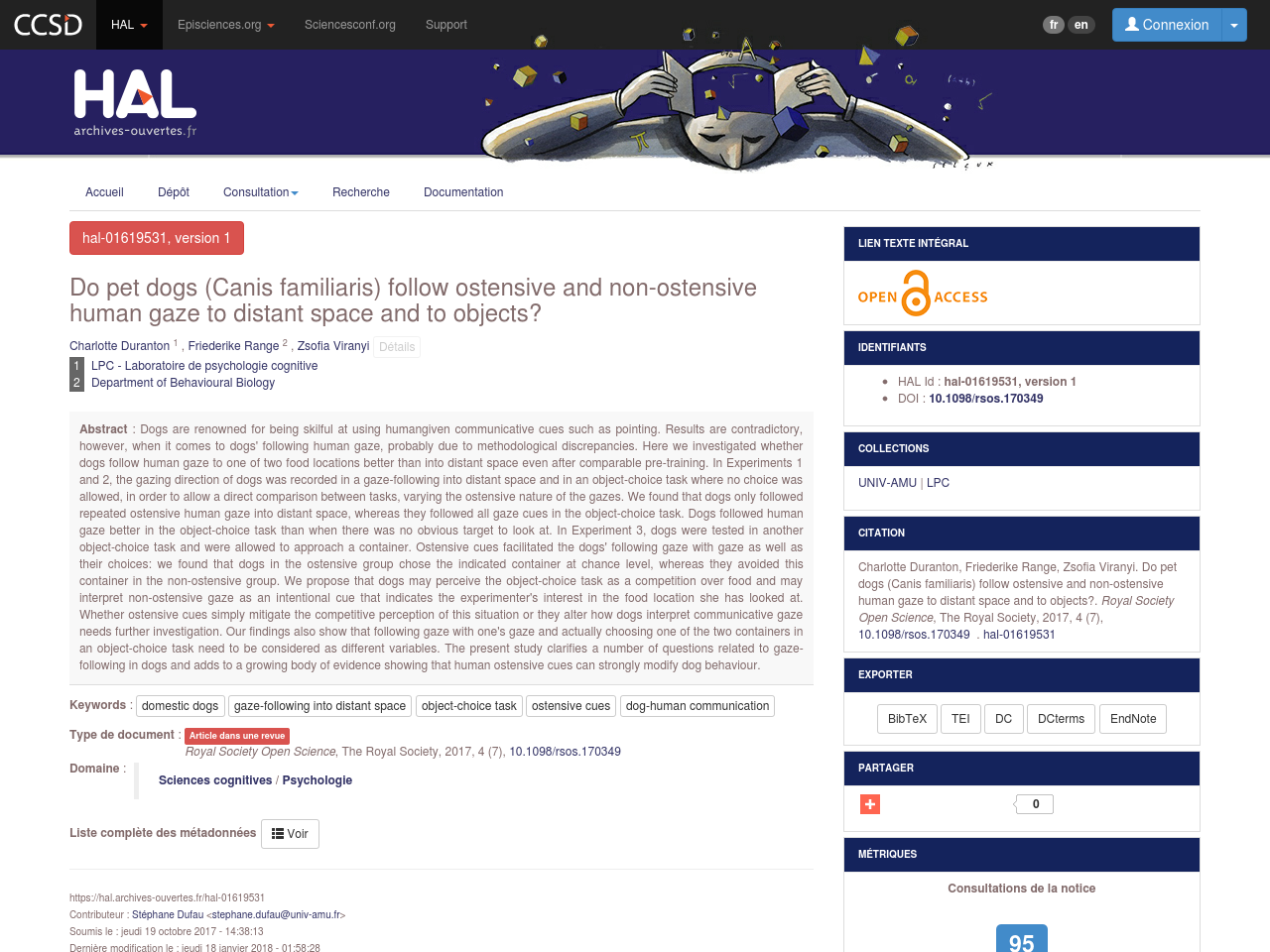