If today’s television landscape is ripe with Gothic or supernatural dramas (True Blood, Penny Dreadful, Superantural), paranormal crime dramas (X-Files, Grimm) and, on children’s networks, animated or live-action sitcoms about monsters and ghouls trying to fit in at home or at school (Monster High, Every Witch Way), all of this programming can be traced back to its humble origins in the 1960s and 1970s. This study will focus on the creation of three different types of hybrid series that were aired during this early period and each of which attempted to combine supernatural characters and story-lines borrowed from traditional Gothic literature (and later from science fiction) with a different standard and rather conventional TV format. In the early 1960s, the The Munsters on CBS and The Addams Family on ABC brought Gothic monsters and otherworldly misfits into the family sitcom. This was immediately followed by two successive contributions from TV producer-director Dan Curtis for ABC –first in the late sixties with Dark Shadows, the ‘Gothic soap opera’ that took the melodramatic afternoon serial format and spiced it up with dozens of overlapping subtexts on classic vampires, werewolves and witches, and then in the early seventies with two TV films that resulted in the first ‘paranormal investigation series’, Kolchak: The Night Stalker. In addition to analyzing the hybrid nature of these experimental programs and their rather light borrowing of literary icons in terms of adaptation, this study will also focus heavily on the context and television landscape into which these two-headed hybrids were born. To understand their countercultural value, one must first understand the type of programming that was dominant at the time, as well as the battle for dominance in those all-important Nielsen ratings that would drive certain networks to bolder experimentation. All three of these hybrid series were indeed the spoils of the Network Wars, and all involved third-place ABC’s attempt to overturn CBS’s unshakeable dominance through counter-programming and the targeting of new demographics. Finally, this article will also focus on the inherent paradox shared by these early ‘monster-mashes’, for at the time most of these series failed in terms of expected audience numbers, and all but Dark Shadows were canceled after one or two seasons. Yet, these series –though often camp if not unintentionally burlesque and with often laughably low production values by today’s standards –have still consistently grown in popularity over time, thanks to syndication, later reboots on TV and as feature films –making these initial hybrids and their off-the-wall characters cult icons today and leading to scores of current programs that readily admit to the significant influence of these early, low-budget experiments. 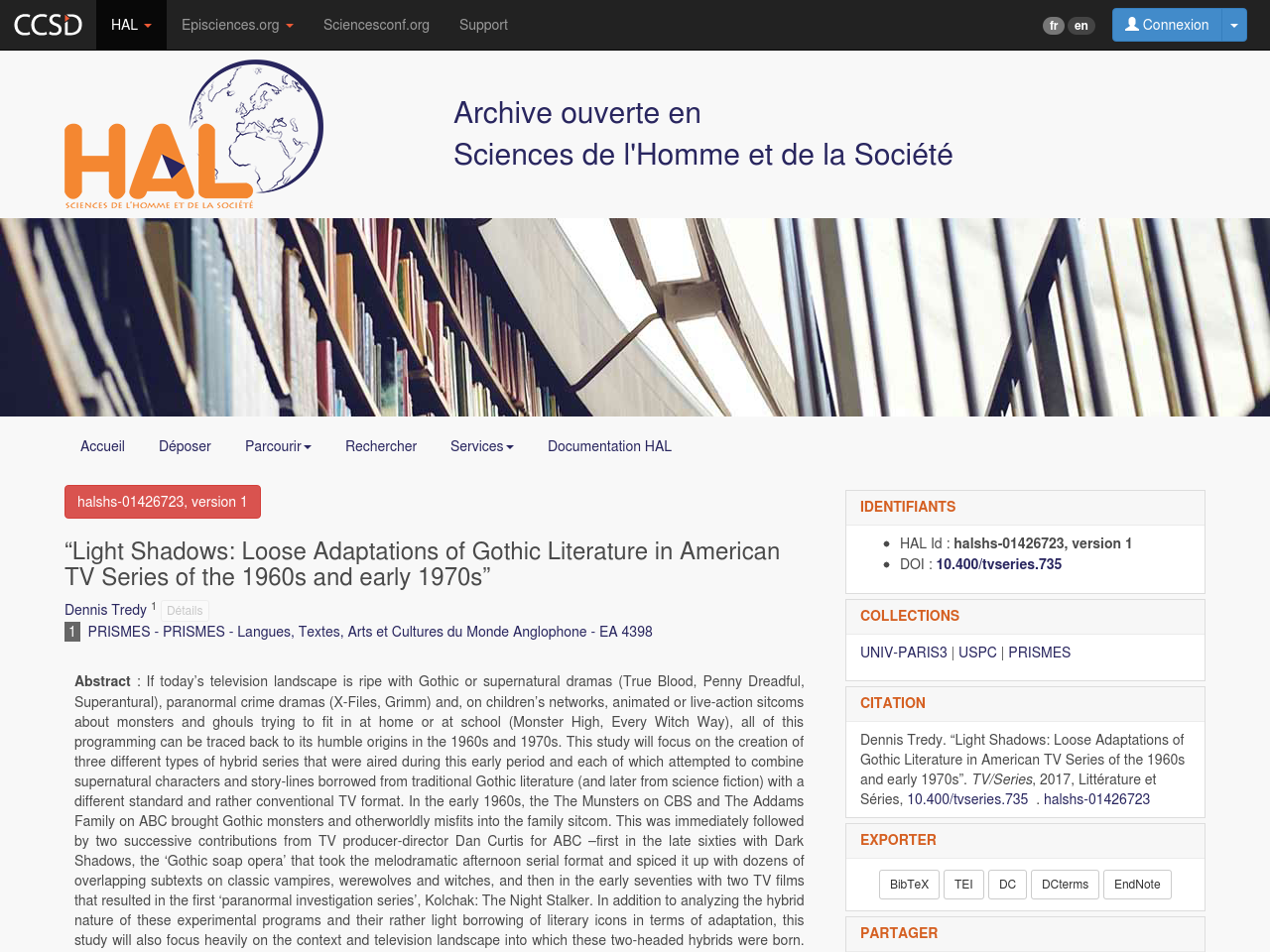