The neural representation of a moving target undergoes a spatiotemporal “diffusion” while the associated retinal activity propagates toward the motor centers and recruits the appropriate muscles for its interception in the external world. Indeed, the divergent projections within the visual system and the transmissions of signals through multiple relays, with diverse conduction velocities and integration times, lead to activities that are spatially and temporally distributed across several brain regions. In spite of this neural “blurring”, accurate saccadic eye movements can be made to bring the image of a moving target onto the fovea. Such a performance indicates that the brain is able to rapidly estimate the current spatiotemporal coordinates of the target, at least at the time of saccade landing. We tested in the monkey the robustness of this estimate when a change in eye position and a delay are experimentally added before the animal launches a saccade toward a moving target and in the absence of visual feedback. These spatiotemporal perturbations were induced by a brief microstimulation in the deep superior colliculus. The results show that the interceptive saccades can remain accurate and relatively independent of the time taken to react and to foveate the target. We propose that the brain builds an estimate of the expected and current spatiotemporal (hic-et-nunc) coordinates of the target and that this signal feeds the same local feedback loop as the mechanism proposed for guiding saccades toward a stationary target (Fleuriet and Goffart, 2012 Journal of Neuroscience32 452–461). 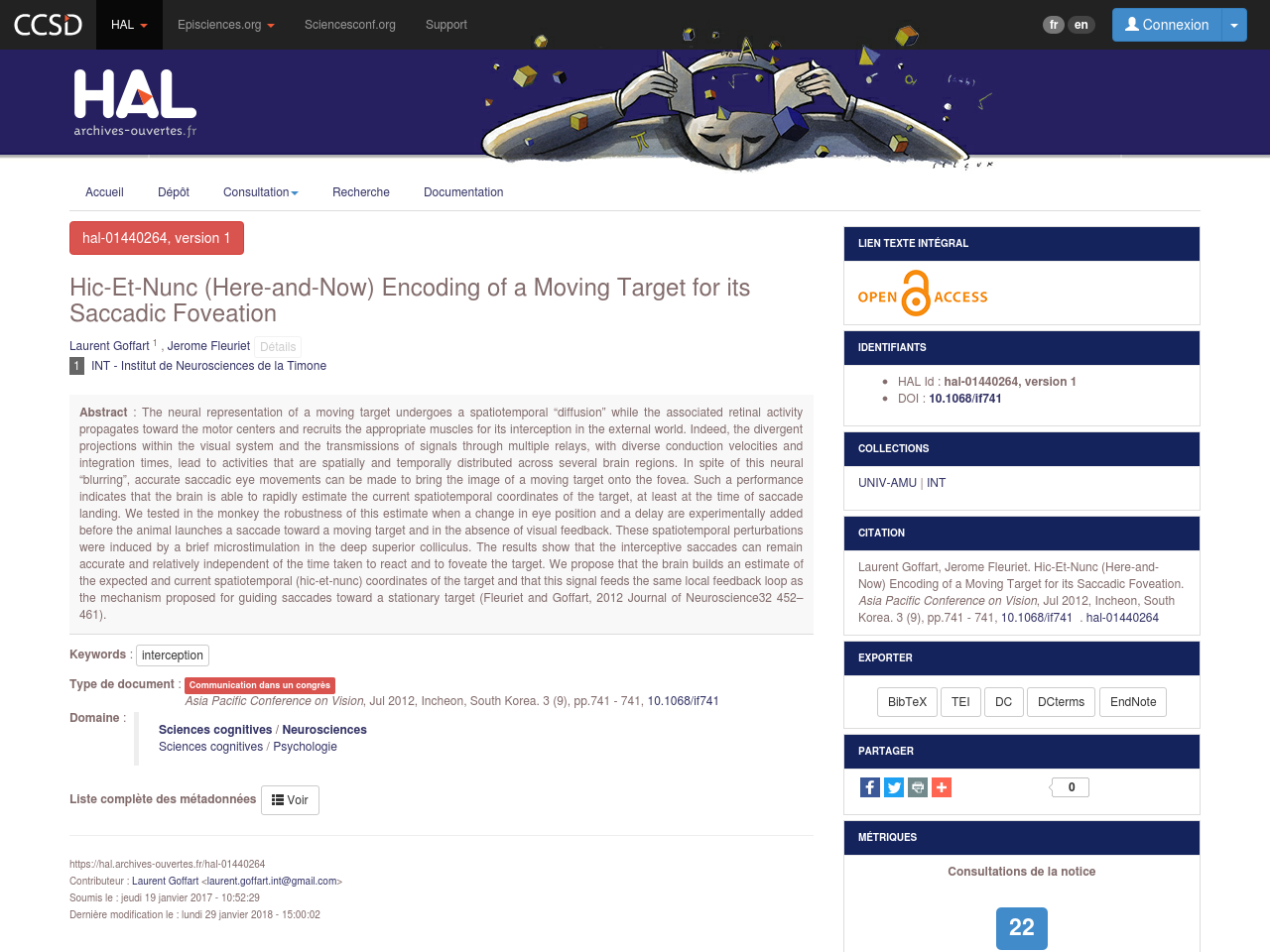