Why was François Salignac de la Motte Fénelon’s treatise De l’Education des filles (1693) published in part by Richard Steele in his popular Ladies’ Library (1614) and serialized by Charlotte Lennox in her periodical the Lady’s Museum (1760)? This question deserves to be raised because Fénelon’s text was produced in a specifically French Catholic and political context which was fairly different from the English context of the 1710s and the 1760s. Indeed Fénelon’s educational reforms for girls were part of a wider religious and political platform which clearly sought to defend –in reaction to King Lewis XIV’s politeness policy- a conservative ideal of an agrarian and aristocratic society where the traditional gender hierarchy was emphasized.The aim of this article is therefore to analyze the themes and extracts from De l’Education des filles which Steele and Lennox chose to translate, in order to assess what trend - conservative or reformist- these two authors privileged when they publicized Fénelon’s ideas on female education. It leads us to show that both Steele and Lennox adapted Fénelon’s treatise for their own ends which were sometimes in contradiction to Fénelon’s original intentions. It seems that Steele ignored Fénelon’s hostility to politeness and used the treatise to promote a Whig agenda which redefined politeness along English lines. Lennox for her part was more interested in Fénelon’s pedagogical methods and their impact on very young children as well as on mothers. This study therefore seeks to reassess Steele’s and Lennox’s originality and conservatism. It also contends that although Fénelon’s treatise is hardly mentioned by historians of education, Fénelon was alongside Rousseau and Locke one of the most influential educationalists in eighteenth-century England. 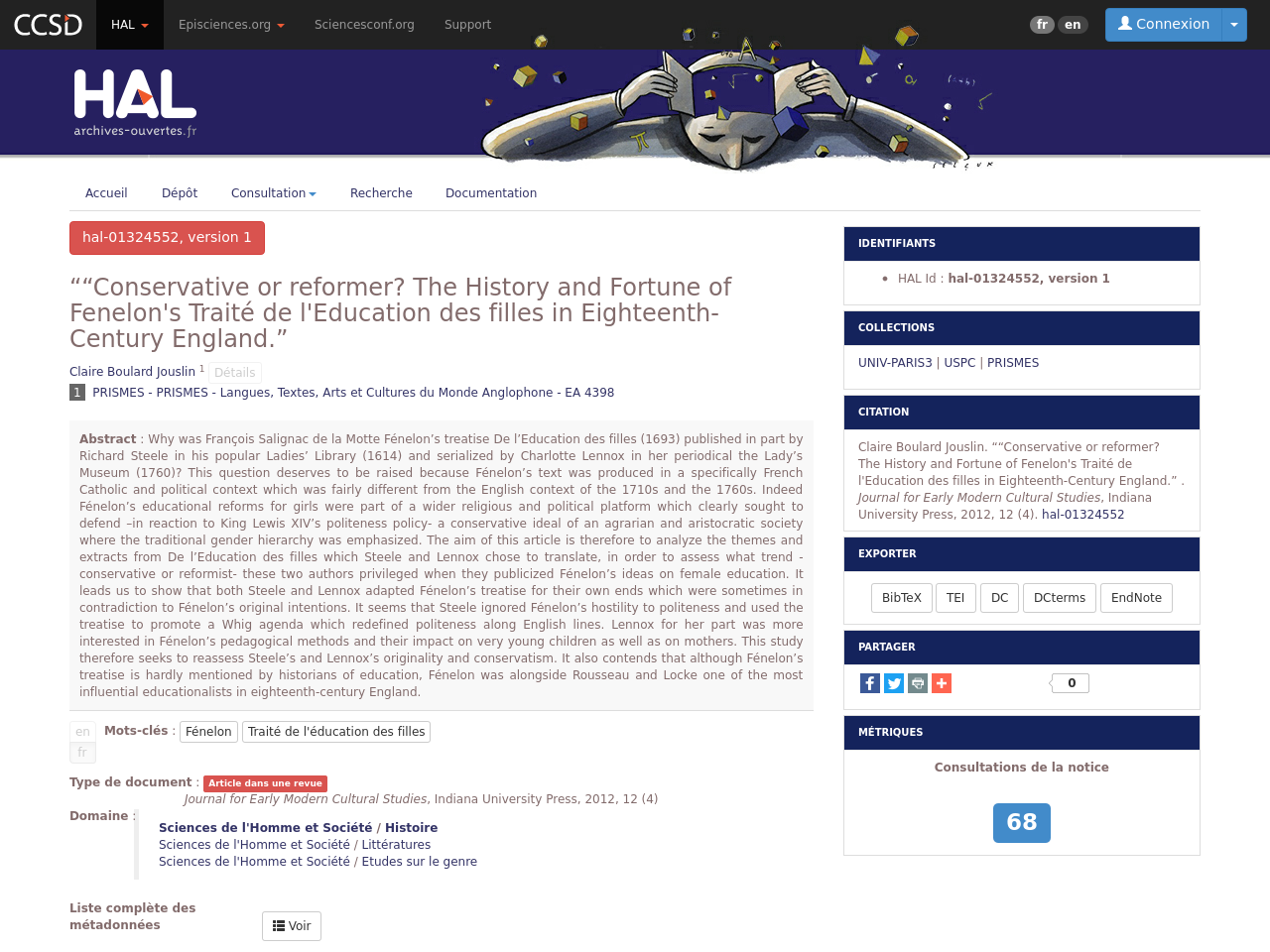