Reynolds-Averaged Navier Stokes (RANS) models have, in the past, primarily been implemented to assess the available tidal kinetic energy resource, neglecting the influence of turbines on tidal hydrodynamics. However, evaluating environmental impacts, as well as array layouts, requires integration of the turbine wakes with the ambient flow field (Goward Brown et al., 2017). The widely used method, commonly integrated in depth-averaged models, consists of integrating an additional bed friction term related to array scale turbine effects. Such approach permits to simulate the global effect of a tidal array. However, the flow interactions between turbines are neglected. A fully three-dimensional (3-D) approach is here developed to account for cumulative effects of individual interacting turbine wakes. The actuator disc sub-model, that represents the turbine as a non-rotating porous disc, is implemented and incorporated into the Regional Ocean Modelling System (ROMS), following the method initially developed by Roc et al. (2013). A nested grid technique is adopted to cascade processes from the regional scale to the high resolution local farm domain. This method was first implemented in the steady-state laboratory experiment of Myers and Bahaj (2010). Numerical predictions match measurements of velocity and turbulent intensity profiles along the disc wakes for minimum spatial resolutions of 1/5th the turbine diameter. This is also confirmed at ocean scale. The modelling methodology is finally applied to the tidal stream energy site of the Fromveur Strait (western Brittany), where an array of 20 m-diameter turbines is considered. The computation is conducted over an inner-nested array domain that is 700 m in length and 200 m in width, at a spatial resolution of 4 m, embedded in two nested regional grids with resolutions of 100 m (intermediate) and 500 m (outer). Different configurations varying in scale from one to 14 devices are investigated in terms of wake interactions and power output from individual turbines to the whole array. 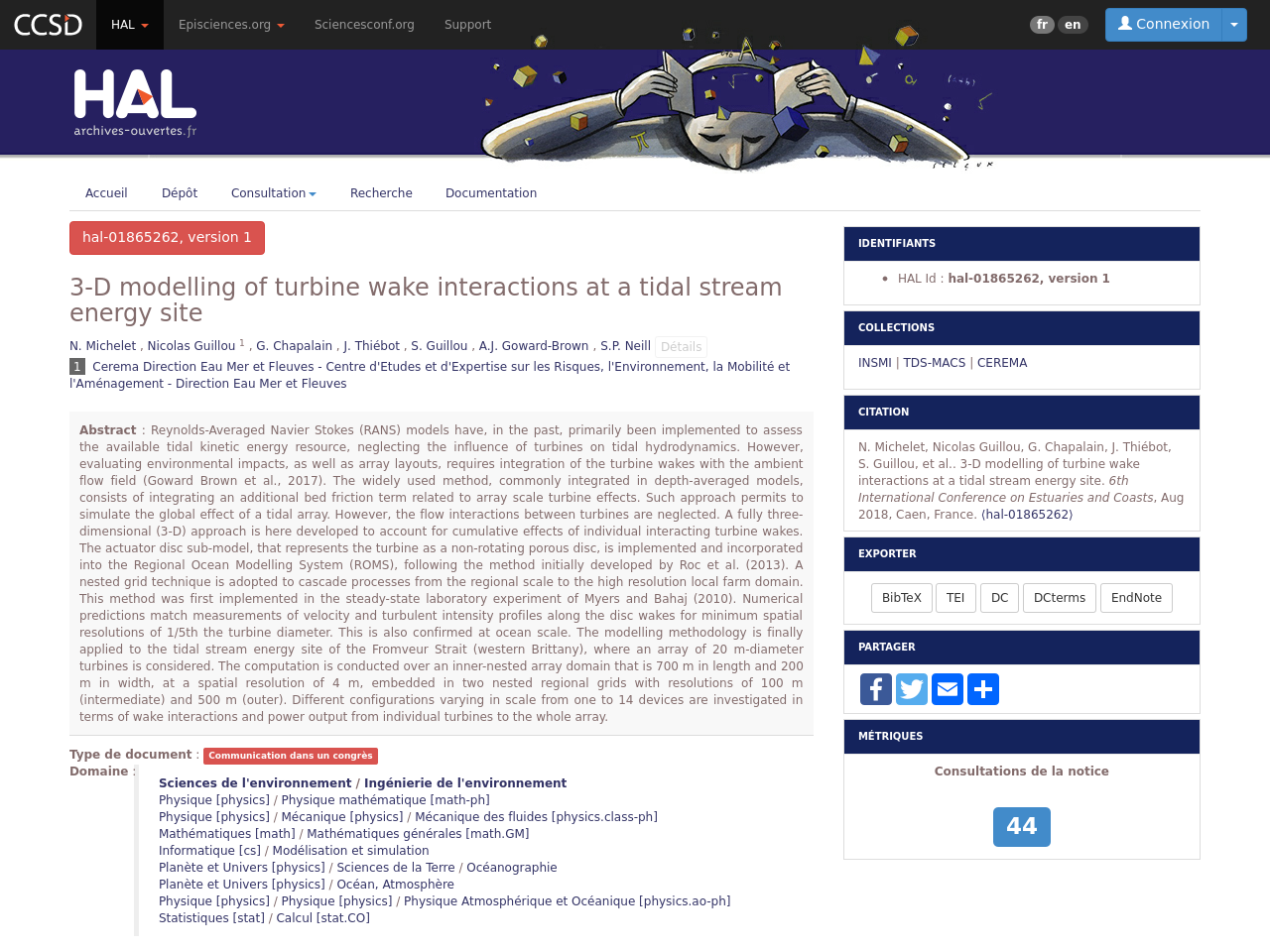