The heraldic motif of the πότνια θηρῶν is part of the iconographies of Eastern origin that during the 7th century BC have enriched the figurative imagination of Greek, Etruscan and Italic people. Generally linked to the first representations of the goddess Artemis, the image refers in fact to a polysemy according to its different contexts of creation and use. Compared to the Mistresses of lions and birds, the Mistress of the hares (Πότνια λαγών) is a rare iconography in the Orientalizing and Archaic Mediterranean, which has not been yet extensively studied. More than a generic reference to fertility or the erotic sphere of Greek hunting, the western iconographic theme finds its origins in the laconian religious context, linked to youth initiation cults. On the other hand, the image could also be explained according to protective values attributed to the hare or within divination practices known in Etruria. 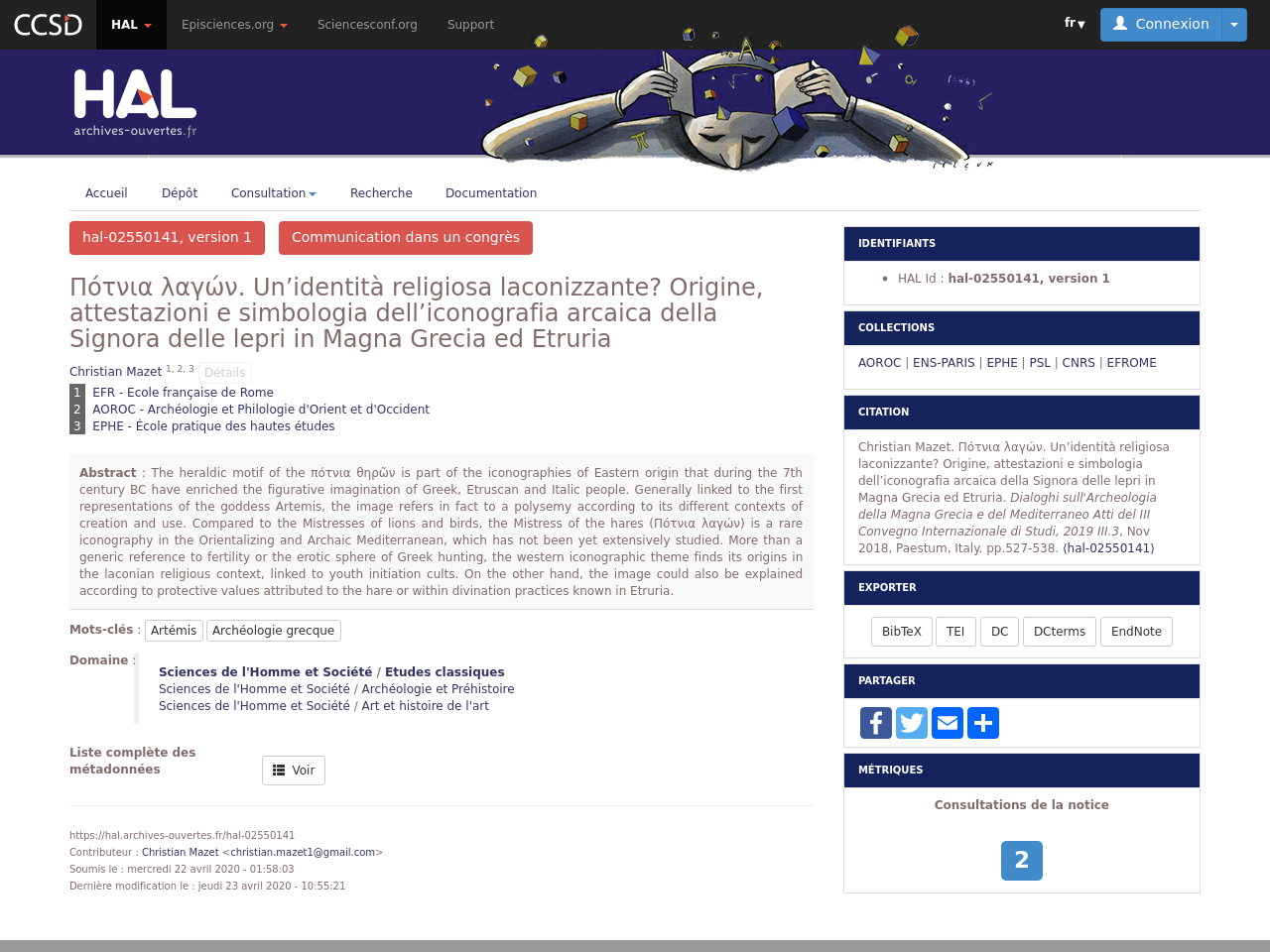