Journal for the Study of Religion

This article critically departs from the second-wave feminism of first-generation Latina feminist and mujerista theology by focusing on Chicana queer feminist theorist Gloria Anzaldúa's relational epistemology. I argue that Anzaldúa's work is a new form of feminist theologising that stems from a radical commitment to interconnectedness and relationality. I enter into a conversation with Anzaldúa in order to foreground new, productive, and creative ways to reflect on feminist standpoint epistemology and ontology, which in turn open up interesting avenues through which to think about the material and experiential dimensions of women's theologising. I consider Anzaldúa's El Mundo Zurdo (The Left-Handed World)¹ and her fecund notion of spiritual activism in order to illuminate the centrality of relationality and interdependence when conceptualising new forms of women's subjective engagements in the production of theology.² 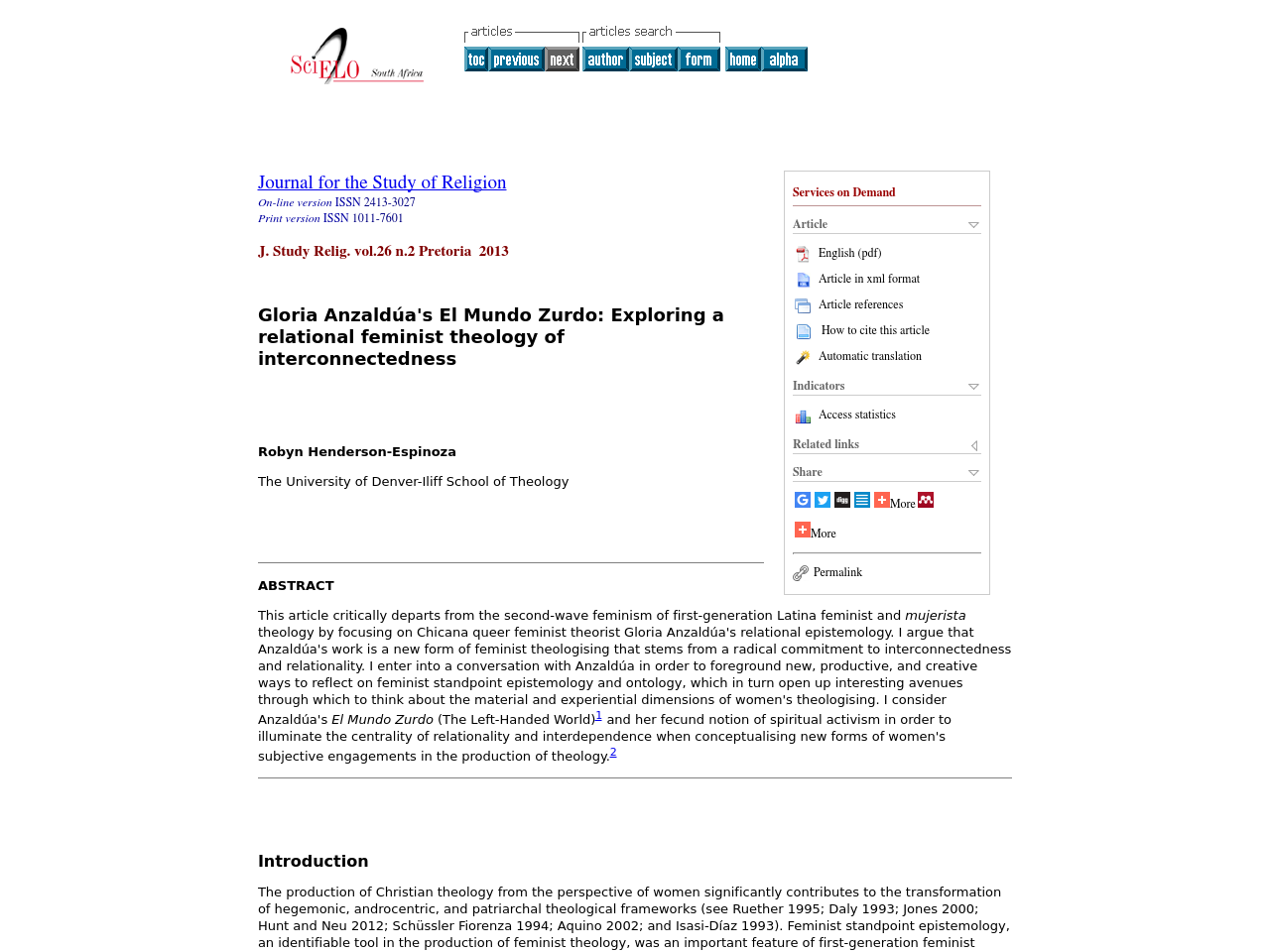