Bleaching in corals can be attributed to loss of endosymbiotic zooxanthellae and/or loss of photosynthetic pigments within zooxanthellae. This major disturbance of the reef ecosystem is principally induced by increases in water temperature. Since the beginning of the 80's and the onset of global climate change, this phenomenon has been occurring at increasing rates and scales, and with increasing severity. In this study, we focused on finding early regulated genes involved in bleaching. In aquaria, one set of Pocillopora damicornis nubbins was subjected to a gradual seawater temperature increase from 28°C to 32°C over 15 days, and a second control set remained at constant temperature (28°C). Bleaching was monitored by measuring zooxanthellae density. The mRNA differentially expressed between the stressed state (sampled just before the onset of bleaching) and the non stressed state (control) were isolated from the nubbins by Suppression Subtractive Hybridization. The corresponding cDNA were sequenced and confronted to sequence databases to obtain gene similarities. Finally, transcription rates of the most interesting genes were conducted by Q-PCR. Two particularly interesting candidate genes showed an important decrease in their transcription rates following thermal stress and before zooxanthellae loss. These two genes show similarities with genes involved in host/symbiont and host/parasite models. The implication of these molecular actors suggests a possible role of recognition mechanisms between the host and its symbiont, in the breakdown of the symbiosis during the bleaching phenomenon. Experiments such as RACE-PCR, in situ hybridization and immunohistochemistry are currently underway to confirm our hypotheses 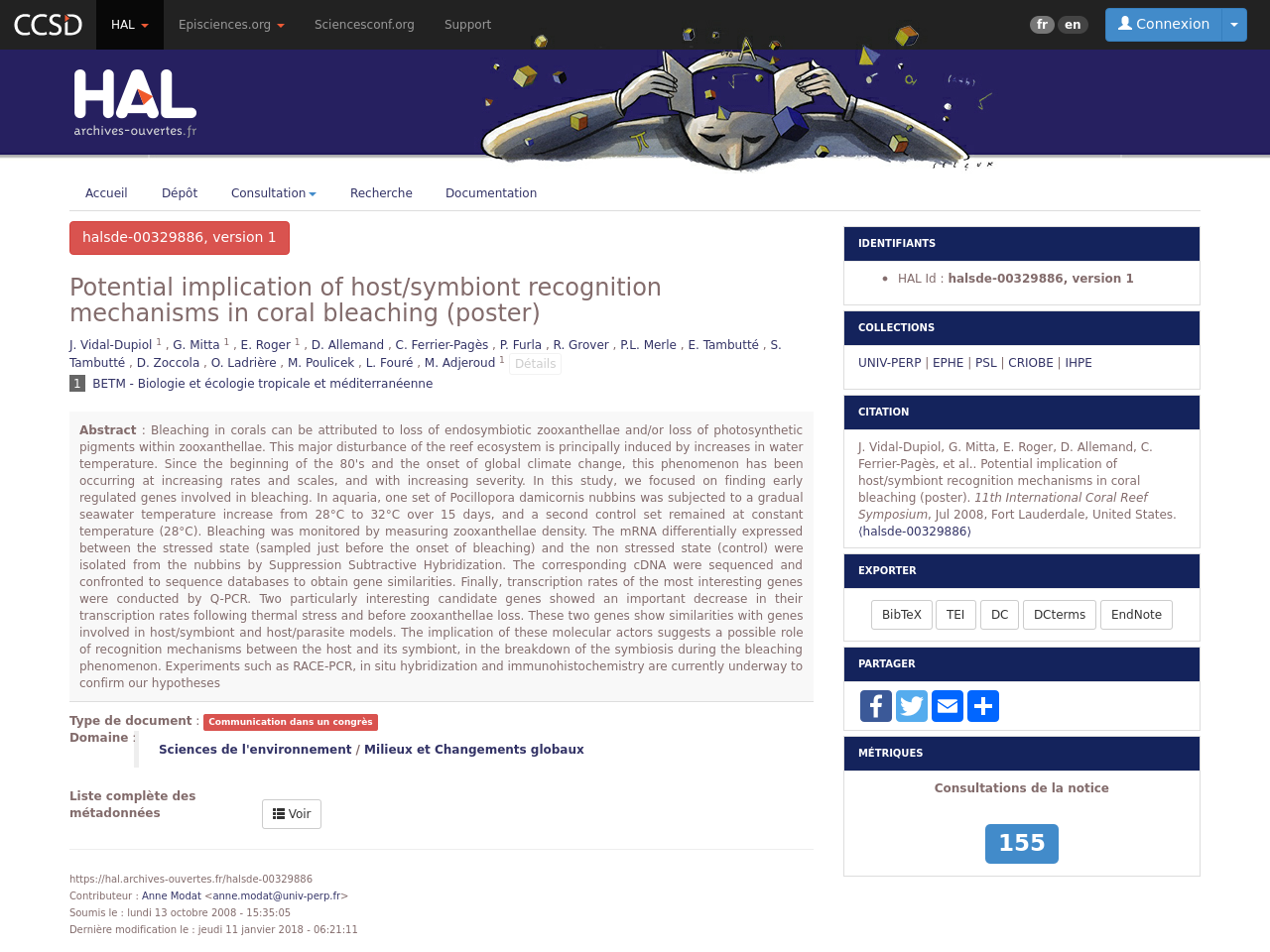