Investigating the decision-making mechanisms underlying choice between drug and nondrug rewards is essential to understand how their alterations can contribute to substance use disorders. However, despite some recent effort, this investigation remains a challenge in a drug choice setting, notably when it comes to delineate the role of goal-directed versus habitual control mechanisms. The goal of this study was to try probing these different mechanisms by comparing response latencies measured during sampling (i.e., only one option is available) and choice trials. A deliberative goal-directed control mechanism predicts a lengthening of latencies during choice whereas a habitual control mechanism predicts no change in latencies. Alternatively, a race-like response competition mechanism, such as that postulated by the behavioral ecology-inspired Sequential Choice Model (SCM), predicts instead a shortening of response latencies during choice compared to sampling. Here we tested the predictions of these different mechanisms by conducting a systematic retrospective analysis of all cocaine versus saccharin choice experiments conducted in rats in our laboratory over the past 12 years. Overall, we found that rats engage a deliberative goal-directed mechanism after limited training, but shift to a SCM-like response selection mechanism after more extended training. The latter finding suggests that habitual control is engaged in a choice setting via a race-like response competition mechanism, and thus, that the SCM is not a general model of choice, as formulated initially, but a specific model of habitual choice. 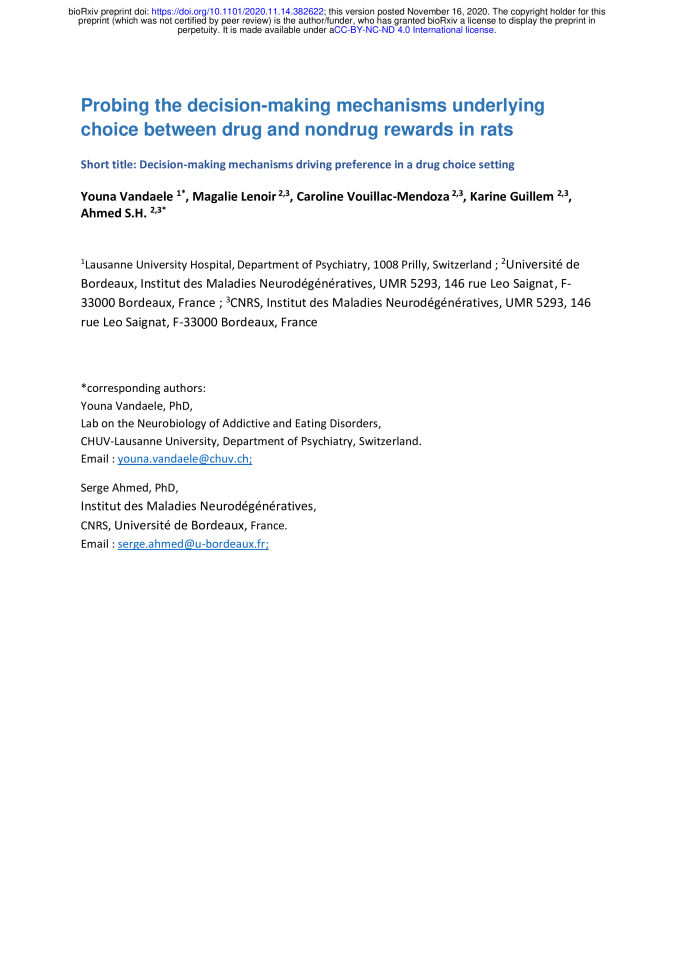