Accelerated land use changes in the Brazilian Amazonian region over the last four decades have raised questions about potential consequences for local hydrology. Under the hypothesis of a lack of frontier governance, projections of future changes in the Amazon basin suggest that 20–30% or more of this basin could be deforested in the next 40 years. This could trigger a cascade of negative impacts on water resources. In this study, we examined how a future conversion of the forest into pasture would influence streamflow and water balance components by using a conceptual and semi-distributed hydrological model in a large (142,000 km 2) forested basin: specifically, the Iriri River basin in the Brazilian Amazon. The results showed that the land use change could substantially alter the water balance components of the originally forested basin. For example, an increase of over 57% in pasture areas increased a simulated annual streamflow by ~6.5% and had a significant impact on evapotranspiration, surface runoff, and percolation. Our findings emphasize the importance of protected areas for conservation strategies in the Brazilian Amazonian region. 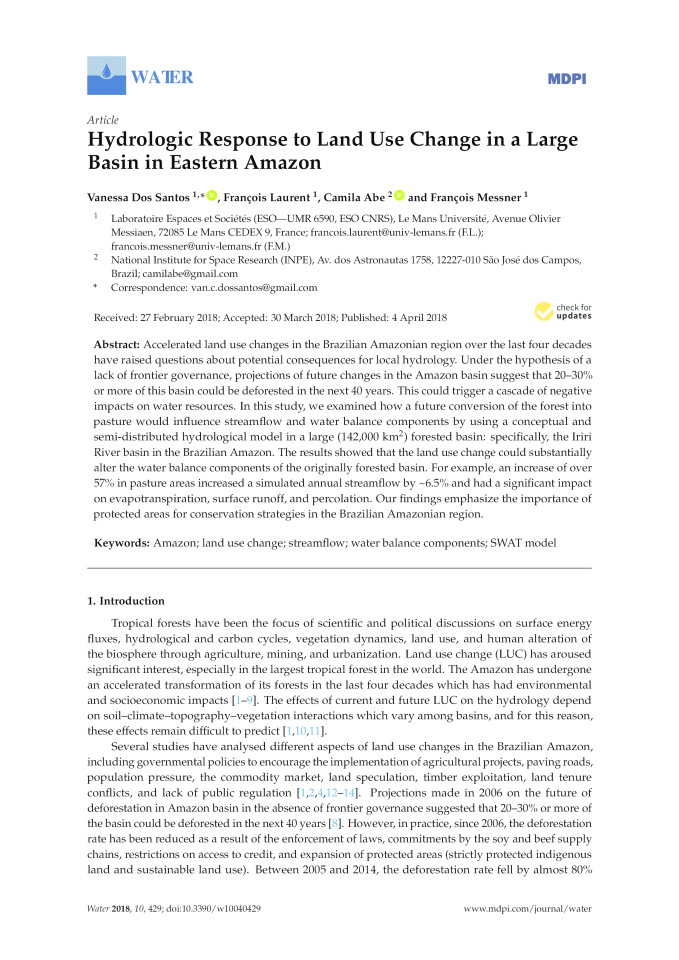