Gender Pension Gaps along the Distribution: An Application to the French Case

In this article we estimate the relative contributions to the gender pension gap of career duration and income earned at different points along the pension income distribution, as well as the role played by minimum pensions and other partly or wholly non-contributory policies in reducing this gap. Our research covers all retirees in France in 2012 employed in the public or private sector at least once in their lifetimes. We first highlight that at every point in the distribution, the gender pension gap is wider for private sector retirees than for those in the public sector. This is because public sector careers are less fragmented, and because calculation of the public sector reference wage does not penalize career interruptions so heavily. This relative advantage of women in the public sector is probably an additional factor explaining their over-representation in this sector. Applying the decomposition method proposed by Firpo, Fortin and Lemieux (2007, 2009), we show that composition differences in the gender pension gap are essentially due to differences in contribution periods and wages, with a smaller effect of career duration in the public sector than in the private. In the first deciles, the gap can be attributed largely to differences in career duration. This effect gradually weakens, and differences in the reference wage become the main explanation. We also show that minimum contributory pensions play an extremely important role in limiting the gender pension gap in the first deciles, essentially in the private sector. Last, we show that in all cases the unexplained share of the pension gap is substantial only at the bottom of the distribution and, to a lesser extent, in the top decile. The unexplained share is generally smaller than the explained one, and favours men. 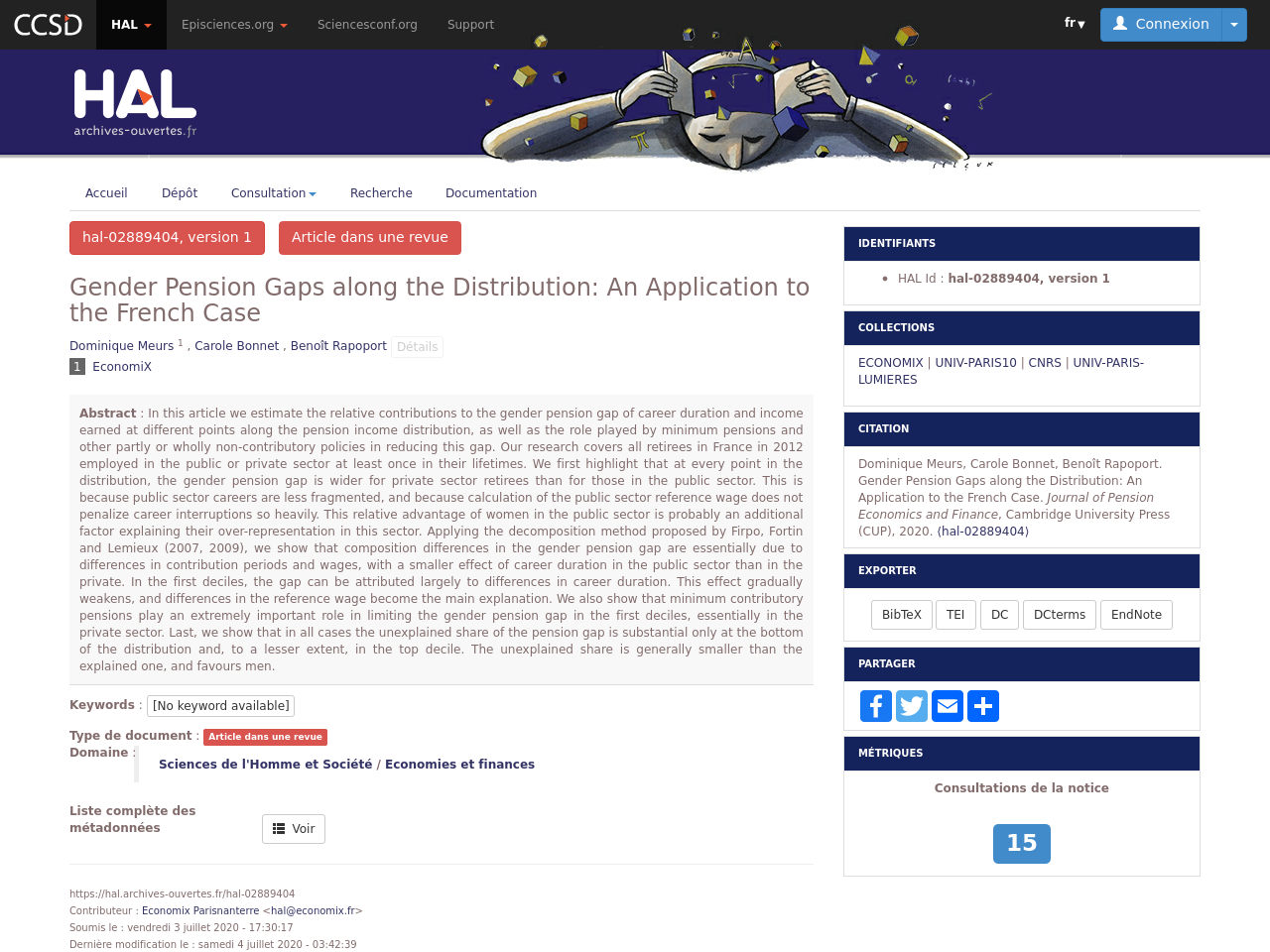