New media and democratization: Evaluation of the Egyptian Situation

Over the past few years, new digital media have gained signiﬁcant popularity and have become one of the new platforms most widely used at an unprecedented form not only as a powerful tool for community building and identity formation but also as a valuable means for political change and the collective action. In this respect, this paper shed light on the contribution of these platforms such as Facebook, Twitter, and YouTube in the Arab uprisings, which collectively referred to as "the Arab Spring" -- especially in the January 25 revolution. Besides, We are also interested in investigating the effect of these new platforms in building and sustaining democracy by studying certain mechanisms important such as flows of information, freedom of expression, and media independence, which can be used as a catalyst for advancing democratization in the Egyptian post-uprising, along with discussion the challenges of democratization process. 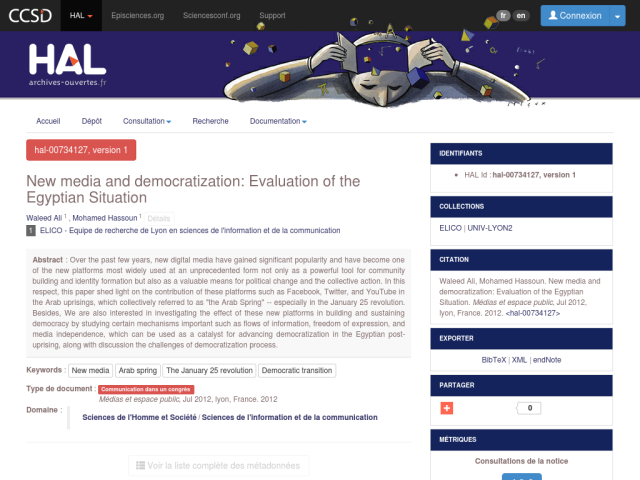