Convincing evidence for synchronization of cortical oscillations to normal rate speech and artificially accelerated speech has been offered. However, the case of natural speech rate variations, which are ubiquitous in everyday life, has been largely overlooked. Here, we directly compared changes in the properties of cortico-acoustic coupling when speech naturally shifts from normal to fast rate and when it is artificially accelerated. Neuromagnetic brain signals of 24 normal-hearing adults were recorded with magnetoencephalography (MEG) while they listened to natural normal (∼6 syllables/s), natural fast (∼9 syllables/s) and time-compressed (∼9 syllables/s) sentences, as well as to envelope-matched amplitude-modulated noise. We estimated coherence between the envelope of the acoustic input and MEG source time-series in two frequency bands corresponding to the mean syllable rates of the normal and fast speech stimuli. We found that listening to natural speech at normal and fast rates was associated with coupling between speech signal envelope and neural oscillations in right auditory and (pre)motor cortices. This oscillatory alignment occurred within [5.7-7.7 Hz] for normal rate sentences and shifted up to [8-10 Hz] for naturally-produced fast speech, mirroring the increase in syllable rate between the two conditions. Unexpectedly, despite being generated at the same rate as naturally-produced fast speech, the time-compressed sentences did not lead to significant cortico-acoustic coupling at [8-10 Hz]. In addition, neural activity in articulatory cortex exhibited stronger tuning to natural fast rather than to artificially accelerated speech, reflecting enhanced mapping to articulatory features of natural speech. Finally, we observed no coupling when participants listened to amplitude-modulated noise, which suggests that envelope tracking does not only reflect passive acoustic tracking but is sensitive to linguistic information. Altogether, our findings provide new insights into the oscillatory brain signature underlying the perception of natural speech at different rates and highlight the importance of using naturally-produced speech when probing the dynamics of brain-to-speech coupling. 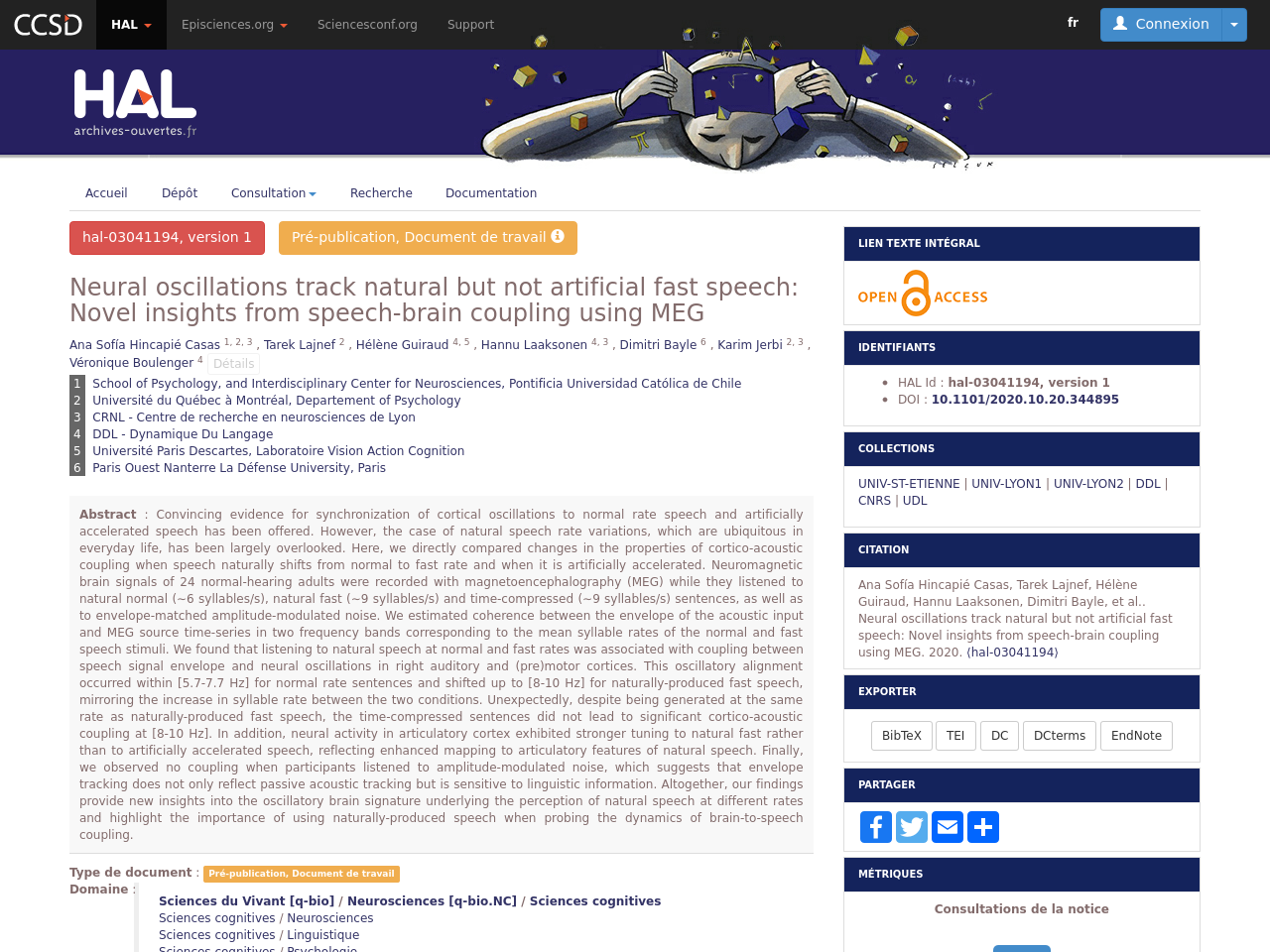