Congestion, diseconomies of scale and subsidies in urban public transportation

Subsidization of urban public transportation systems is often motivated by economies of scale and/or second-best considerations (underpriced road alternative). We model a public transportation system subject to frictions between users, users and vehicles, and vehicles. We derive the monopolistic and optimal provisions of supply. We show that if demand exceeds a first threshold, the system enters a congested regime and service frequency decreases. If demand exceeds a second threshold, the public transit system operates under diseconomies of scale, calling for a Pigovian tax instead of a subsidy. This finding, which goes against Mohring's classical rule (1972), holds with an untolled road alternative. We estimate the model for the London Piccadilly lane and find evidence of substantial diseconomies of scale during the morning peak, questioning current subsidy policies for the busiest transit lines. 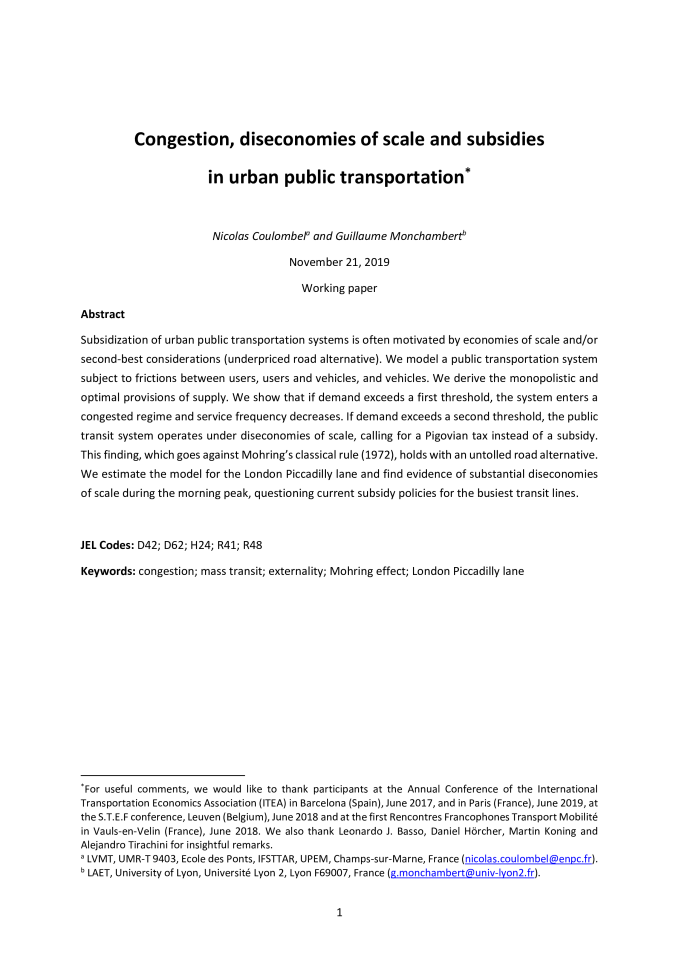