The objective of the present work was to establish the molecular identification profile for six new varieties of Nierembergia linariaefolia to incorporate the fingerprint, as complementary information to the standard registration data. Total DNA was extracted from young leaves following the protocol of the cetyltrimethylammonium bromide. Anchored microsatellites were used as molecular markers. The amplification reactions were carried out with seven primers. A total of 251 loci were detected, 98% of them were polymorphic. The average of polymorphic loci was 35 loci per primer and, 41 loci per genotype. Six out of the seven primers used discriminated all the individuals involved in the present study; consequently, it was possible to generate the molecular identification profile for the six new varieties. This result, supported together with our previous reports, indicates that the anchored microsatellites are a very useful technique for the fingerprints generation in N. linariaefolia. 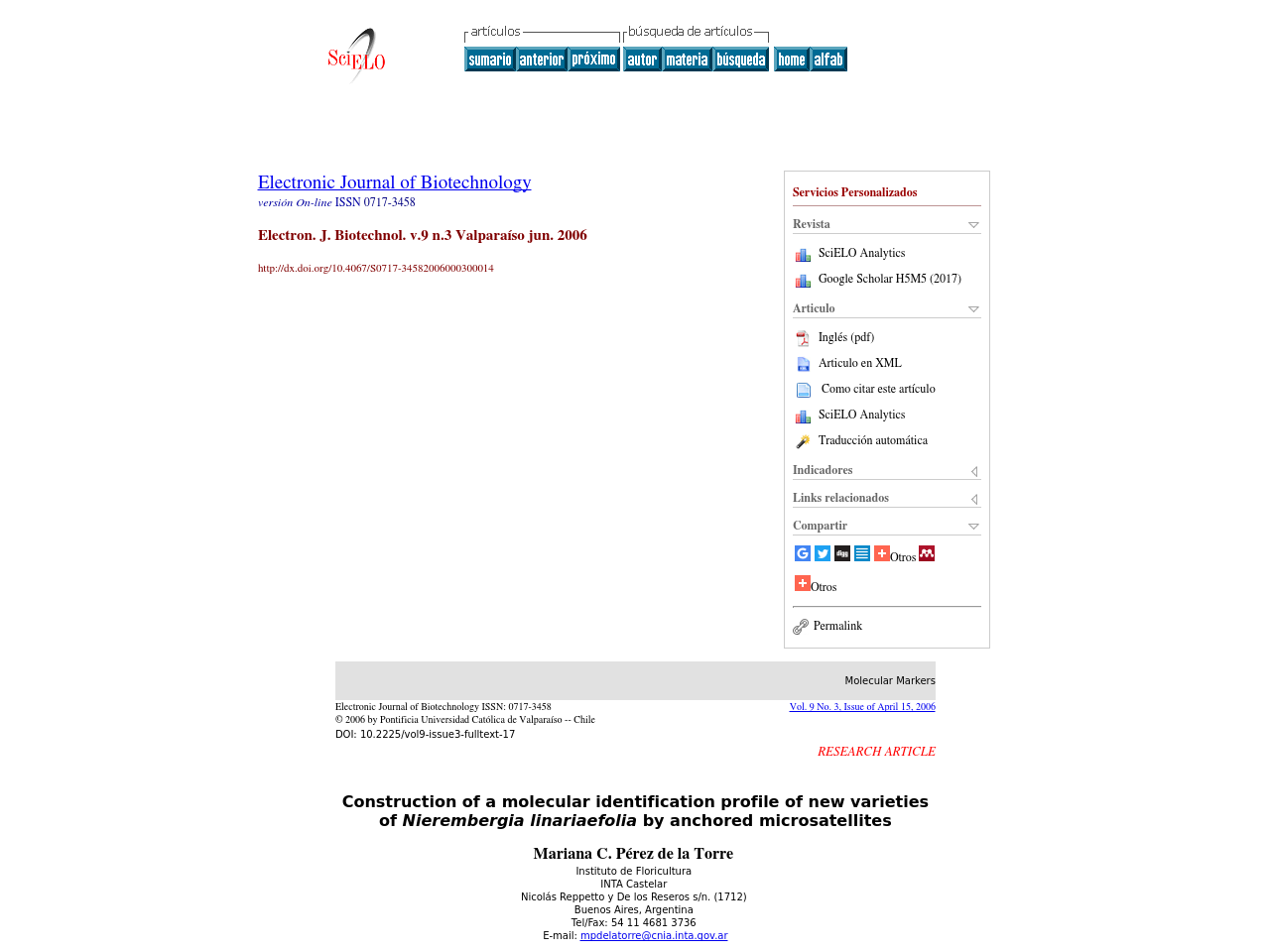