Applying closed pattern mining to attributed two-mode networks requires two conditions. First, as in two-mode networks there are two kinds of vertices, each described with a proper attribute set, we have to consider patterns made of two components that we call bi-patterns. The occurrences of a bi-pattern forms an extension made of a pair of vertex subsets. Second, Formal Concept Analysis and Closed Pattern Mining were recently applied to networks by reducing the extensions of pattern to their cores, according to some core definition. We need to consider appropriate core definitions for two-mode networks and define accordingly closed bi-patterns. We describe in this article a general framework to define closed bi-pattern mining. We also show that this methodology applies as well to cores of directed and undirected networks in which each vertex subset is associated with a specific role. We illustrate the methodology first on a two-mode network of epistemological data, then on a directed advice network of lawyers and finally on an undirected bibliographical network. 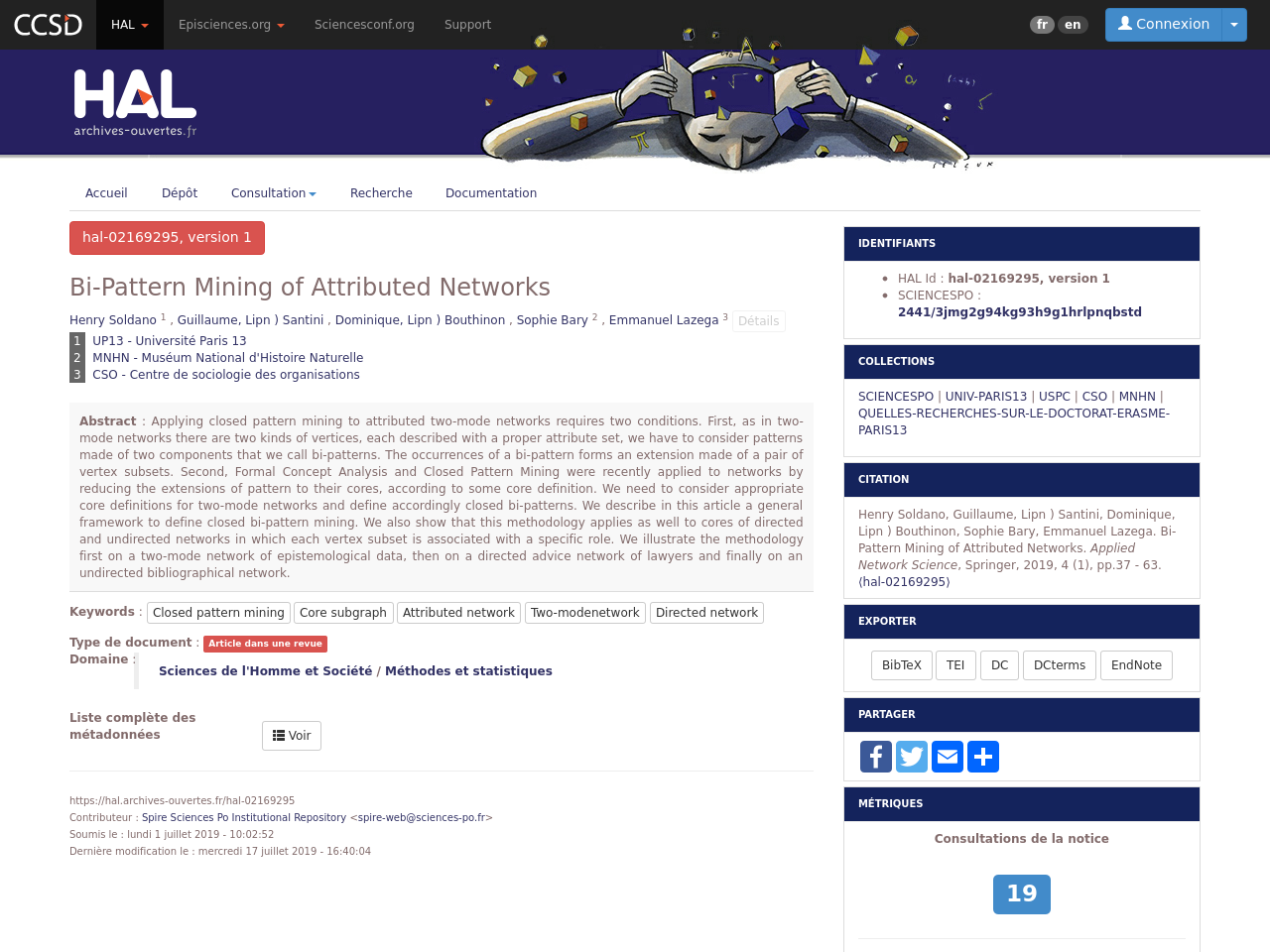