Summary This paper addresses Prinz’s naturalistic theory of conceptual content, which he has defended in several works (Prinz 2000, 2002, 2006). More precisely, I present in detail and critically assess his account of referential content, which he distinguishes from nominal or cognitive content. The paper argues that Prinz’s theory faces four important difficulties, which might have significant consequences for his overall empiricist project. 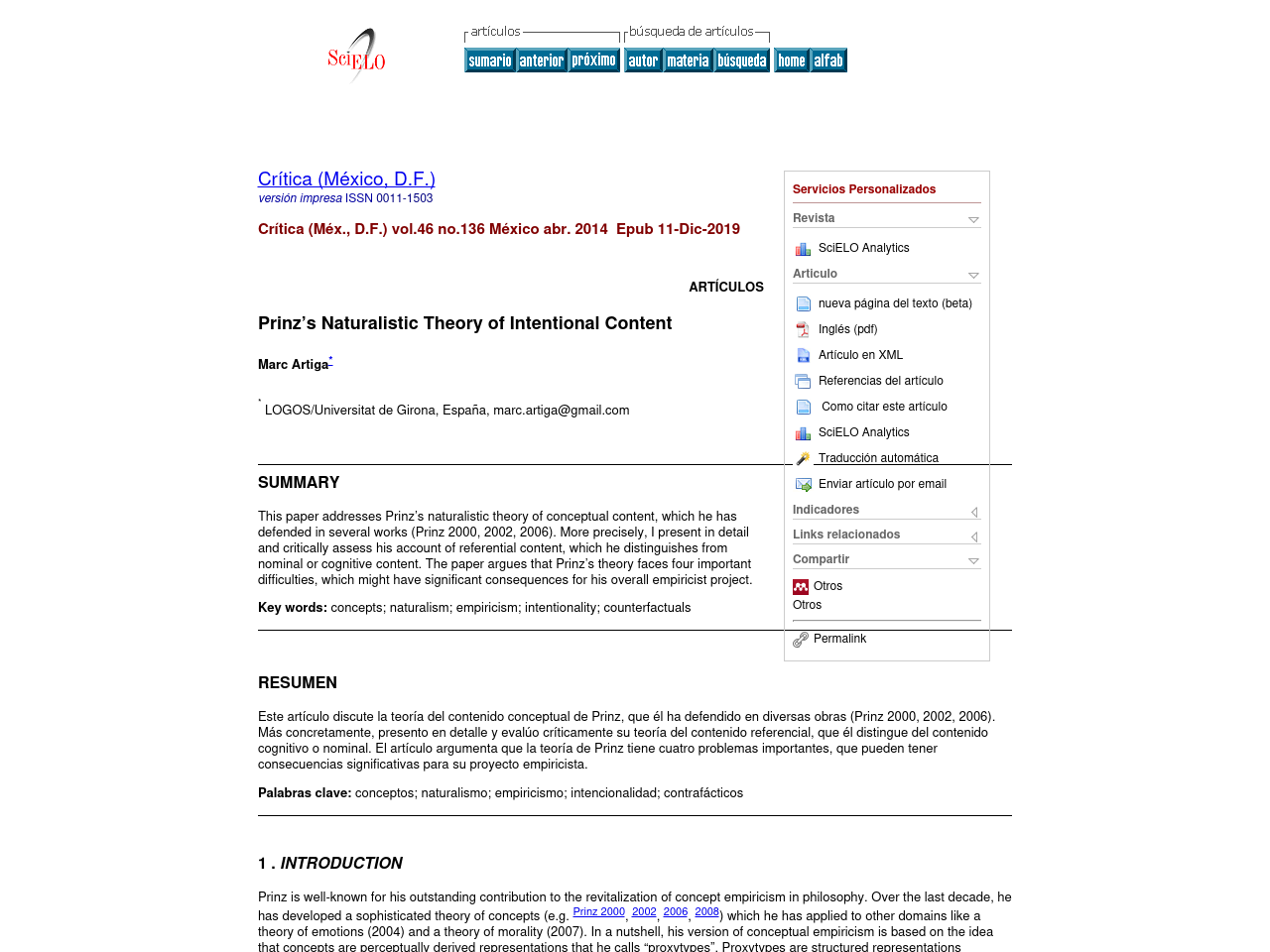