Women and Violence in the Late Medieval Mediterranean, ca. 1100-1500

The last decades have witnessed an increased interest in research on the relationship between women and violence in the Middle Ages, with new works both on female criminality and on women as victims of violence. The contributions of gender theory and feminist criminology have renewed the approached used in this type of research. Nevertheless, many facets of the complex relationship between women and violence in medieval times still await to be explored in depth. This conference aims to understand how far the roots of modern assumptions concerning women and violence may be found in the late medieval Mediterranean, a context of intense cultural elaboration and exchange which many scholars have indicated as the cradle of modern judicial culture. While dialogue across the Mediterranean was constant in the late Middle Ages, occasions for comparative discussion remain rare for modern-day scholars, to the detriment of a deeper understanding of the complexity of many issues. Thus, we encourage specialists of different areas across the Mediterranean (Western Europe, Byzantium, and the Islamic world) to contribute to the discussion. What were the main differences and similarities? How did these change through time? What were the causes for change? Were coexisting assumptions linking femininity and violence conflicting or collaborating? 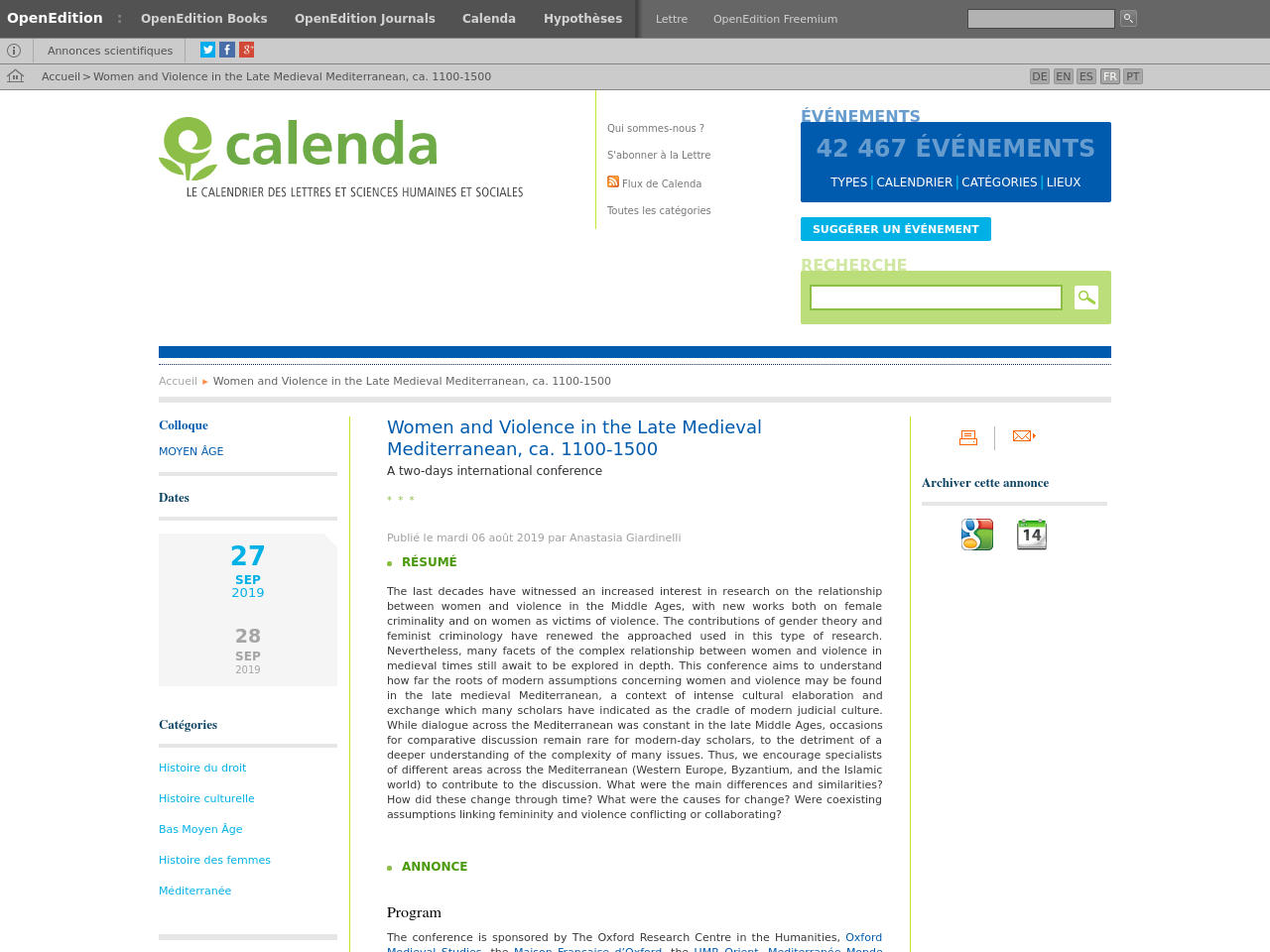