Background: Biological hydrogen production by microorganisms can be divided into two main categories i.e. photosynthetic organisms that produce hydrogen using light as energy source and anaerobic bacteria that produce hydrogen via dark fermentation. Dark fermentative hydrogen production by anaerobic bacteria has the advantages of a higher HPR without illumination and of the capability to convert various kinds of substrate. Results: Thermophilic hydrogen producer was isolated from elephant dung and identified as Thermoanaerobacterium thermosaccharolyticum KKU-ED1 by 16S rRNA gene analysis, which was further used to produce hydrogen from mixed pentose sugar i.e., xylose/arabinose. The optimum conditions for hydrogen production from mixed xylose/arabinose by KKU-ED1 were a 1:1 xylose/arabinose mixture at the total concentration of 5 g/L, initial pH of 6.5 and temperature of 55ºC. Under the optimum conditions, hydrogen from sugar derived from acid-hydrolyzed sugarcane bagasse at a reducing sugar concentration were achieved. Soluble metabolite product (SMP) was predominantly acetic acid indicating the acetate-type fermentation. Conclusions: The strain KKU-ED1 appeared to be a suitable candidate for thermophilic fermentative hydrogen production from hemicellulosic fraction of lignocellulosic materials due to its ability to use various types of carbon sources. 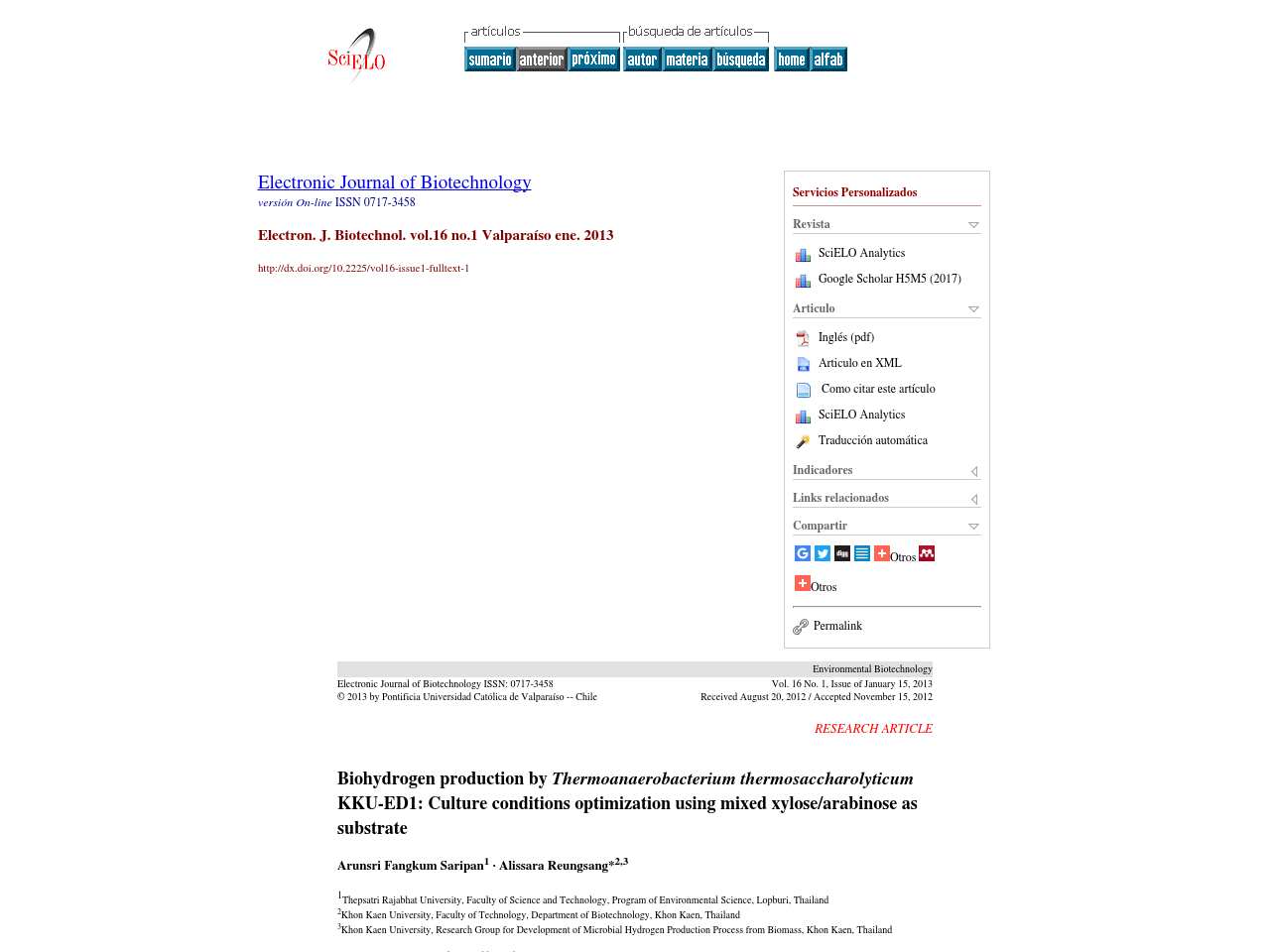