Is an archaeological contribution to the theory of social science possible?

Sébastien Plutniak, « Is an archaeological contribution to the theory of social science possible? », Palethnologie, ID : 10.4000/palethnologie.327

The issue of the definition and position of archaeology as a discipline is examined in relation to the dispute which took place from 1980 to 2009 between the archaeologist Jean-Claude Gardin and the sociologist Jean-Claude Passeron. This case study enables us to explore the actual conceptual relationships between archaeology and the other sciences (as opposed to those wished for or prescribed). The contrasts between the positions declared by the two researchers and the rooting of their arguments in their disciplines are examined: where the sociologist makes use of his philosophical training, the archaeologist relies mainly on his work on semiology and informatics. Archaeology ultimately plays a minor role in the arguments proposed. This dispute therefore cannot be considered as evidence for the movement of concepts between archaeology and the social sciences. A blind spot in the debate, relating to the ontological specificities of archaeological objects, nevertheless presents itself as a possible way of implementing this movement. 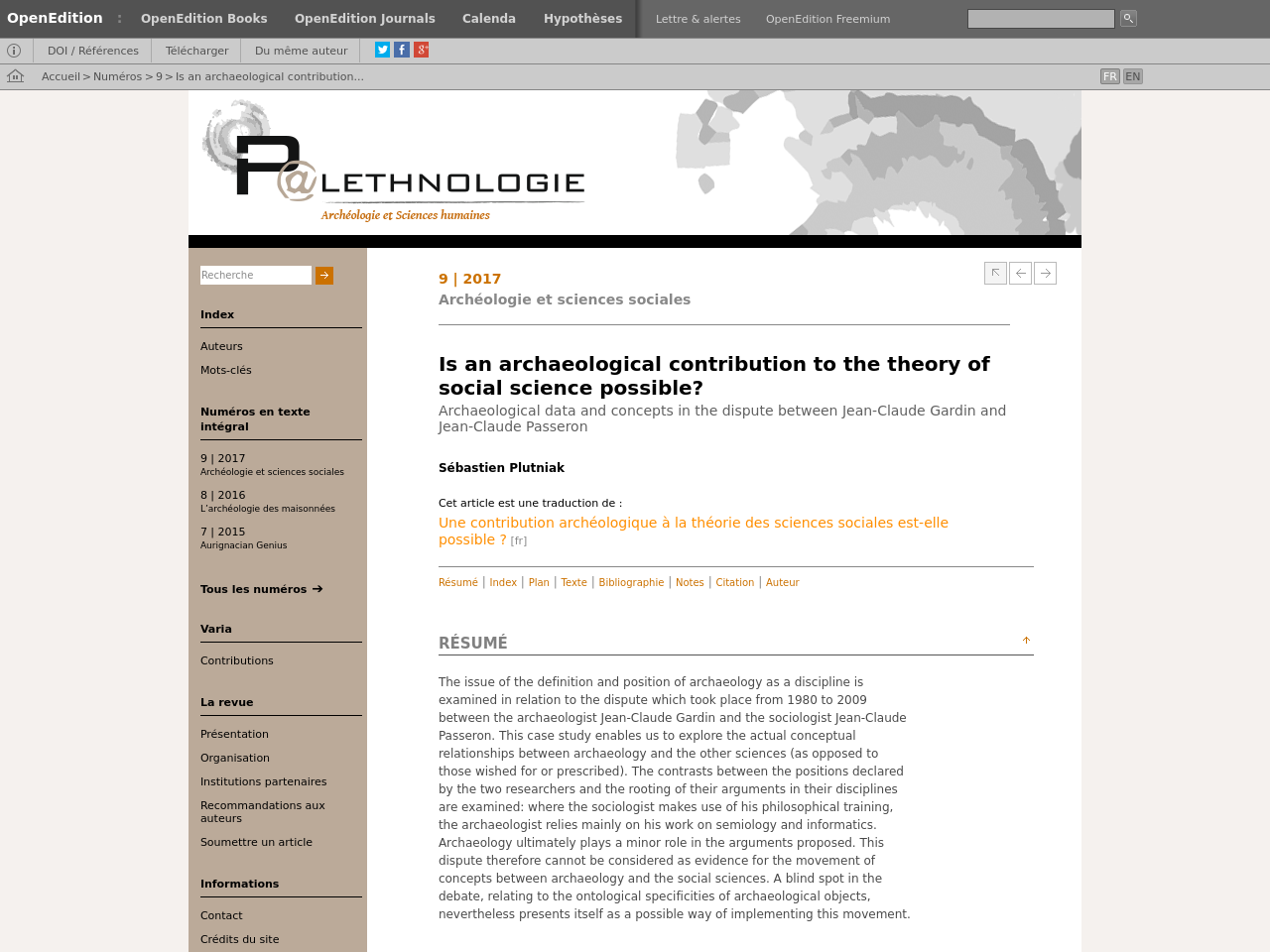