Determinants of Trust in Government in Latin America

The objective of this paper is to identify the determinants of trust in government in the Latin American countries, using a cross section of average labor market and social data of the 2007-2012 period. The methodology consists of the estimation of equations based on the application of Phillips and Hansen’s cointegration least squares, using as independent variables labor market indicators, as well as those associated with public expenditures, institutional quality and others. The emphasis of this paper is to study the association between trust in government and economic and social variables. Results show that while inequality is an important determinant of trust in government, the rates of female self employment and quality employment have positive and negative impacts on trust in government. Male self and quality employment have no impacts. Citizens’ perception that government is committed to combat poverty leads to increased trust in government. This is a topic that has not received attention in the literature.The main limitation of this study is the reduced size of the sample of 18 observations. It is concluded that increasing social expenditures and reducing inequality would be conducive to higher levels of trust in the government in the Latin American countries. 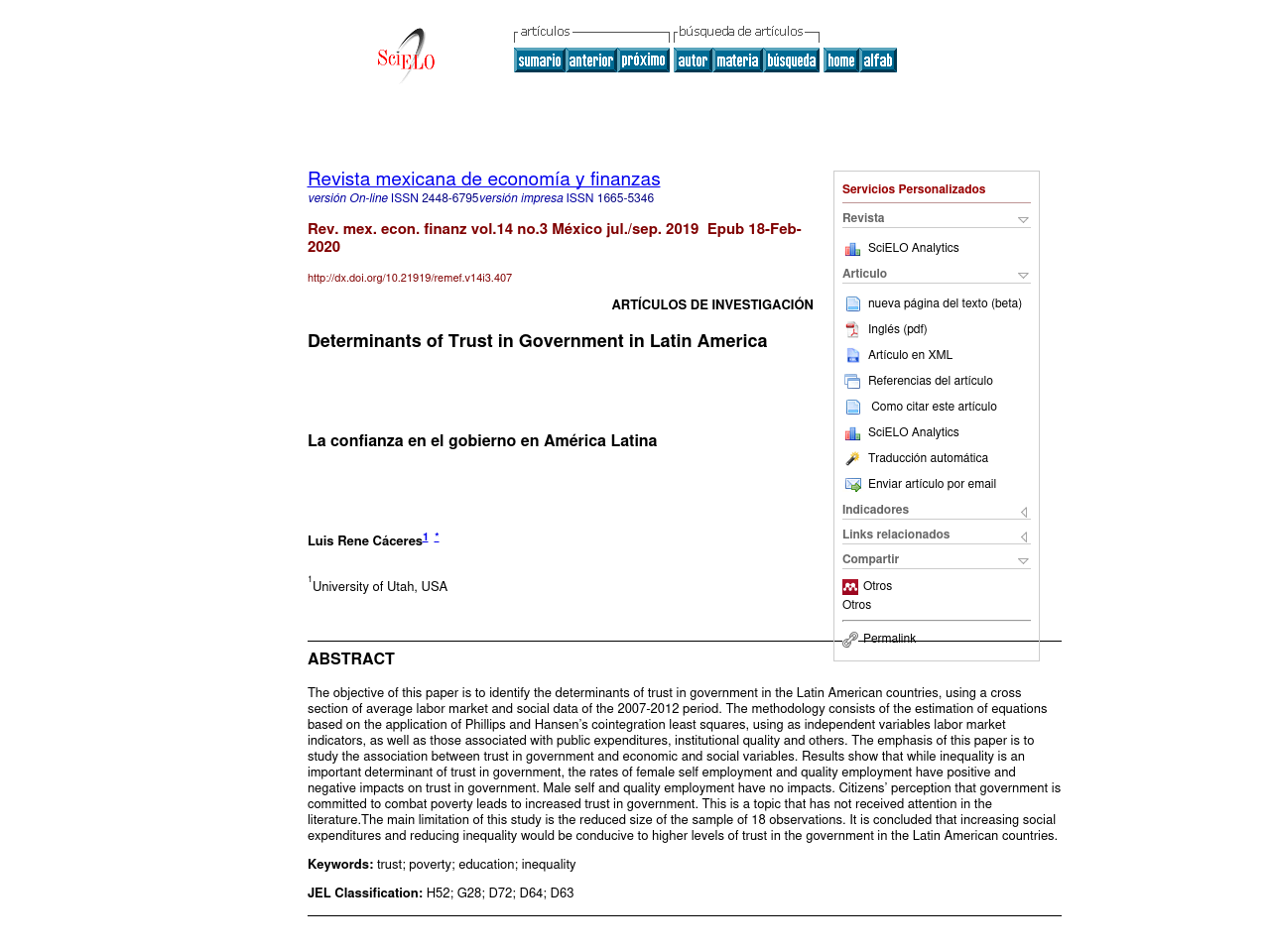