An Analysis on Gross Flows of Workers in Mexico

This paper contains a comparative analysis on gross flows of workers in Mexico considering the concepts of informal sector and informal work included in the Mexican National Survey of Occupations and Employment (ENOE). We estimated the flows and transitions for twelve flows from and into four labour status: Formal Employment (EF), informal employment (EI), unemployment (U) and inactivity (Not-in-the labour force or simply N), and estimated twice the flows in order to account separately for workers in the informal sector and those in the new category of informal employment. Both analyses also account for flows and transitions by groups of age and gender. A cyclical analysis is included in order to observe the behaviour of the flows and transitions over the business cycle. The analysis confirms that female and young workers accounted for the largest changes in the level of gross flows and transitions probabilities. The cyclical analysis shows that both concepts used for measuring labour informality are akin. Almost all gross flows into and out of unemployment are counter-cyclical and female workers still are the least affected by the business cycle. With the new concept of informal work all transitions into informal work became pro-cyclical while those into formal employment are not significant anymore. 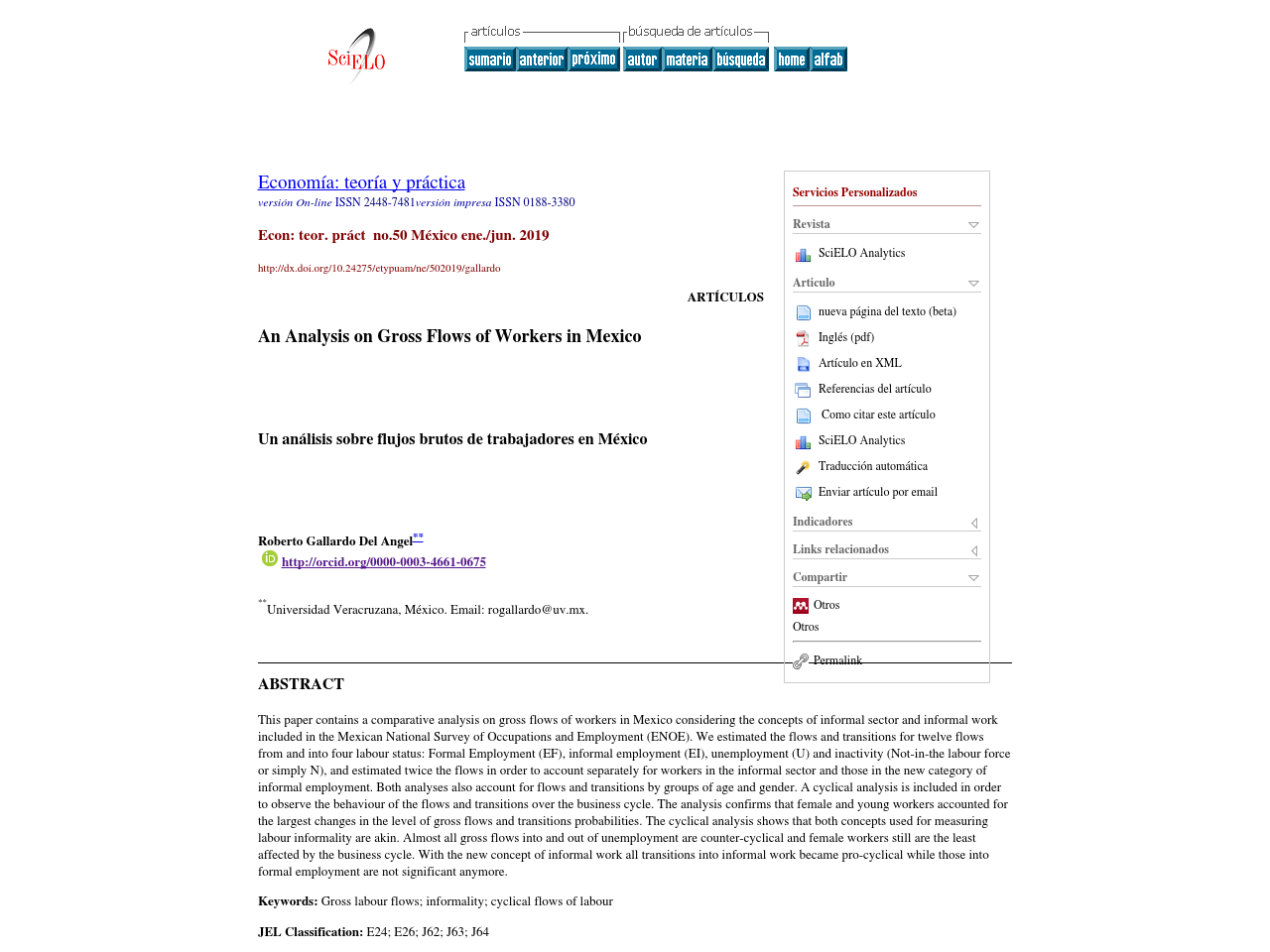