McDowell appearings empiricism myth of the Given

McDowell's Mind and World offers an epistemological proposal that can be considered as minimally empiricist. His proposal is a notion of experience -appearings- that has a conceptualized character and can serve as a justification for our beliefs. I will argue that even though McDowell's appearings partially solve some of the problems raised against the myth of the Given, they cannot offer a justification for our beliefs. This is so because although appearings do not fall into the dualism of scheme and content, they are the product of another dogmatic distinction that McDowell maintains: the distinction between active and passive kinds of thought. 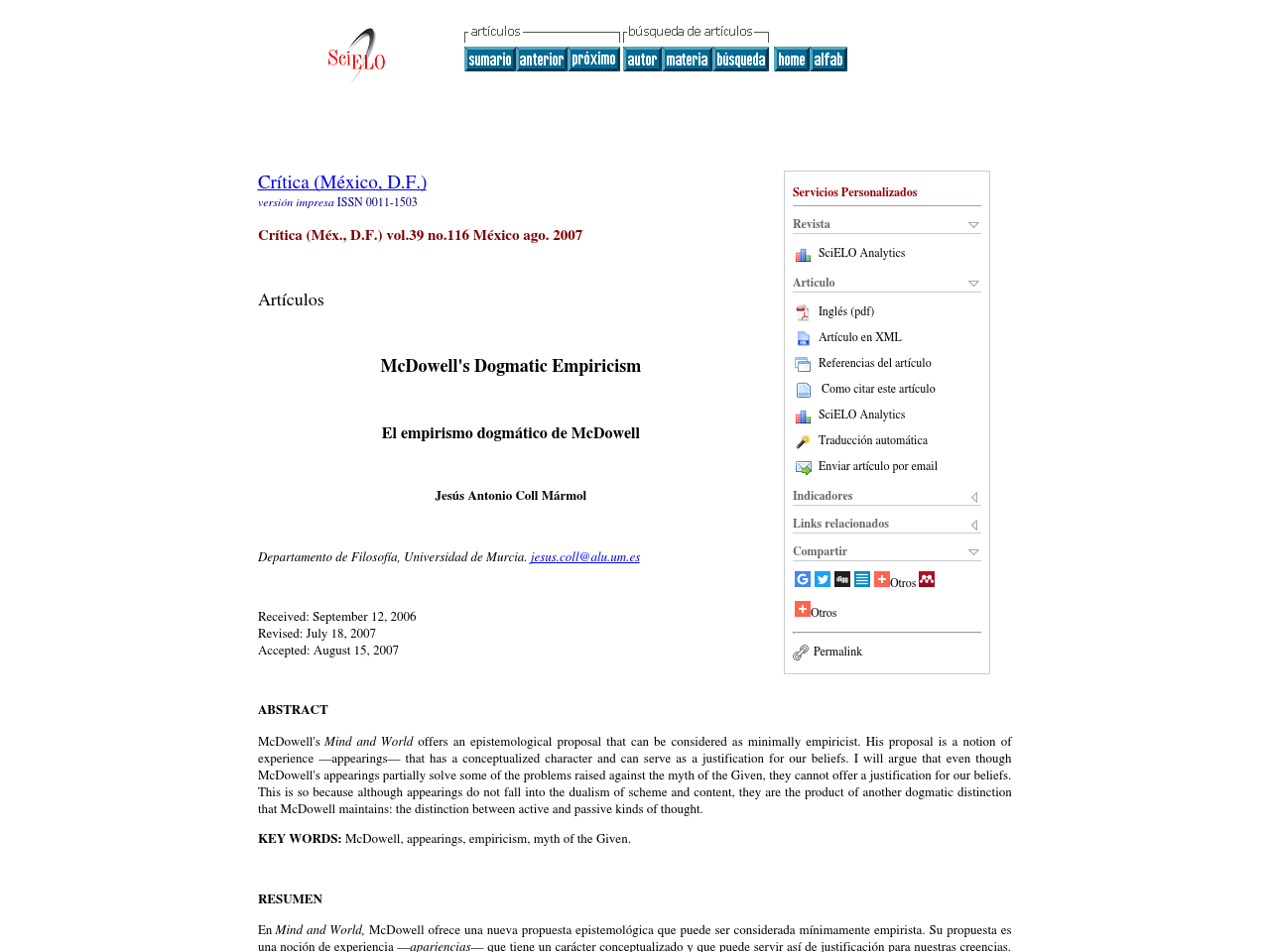