Research conducted by Newell et al. (1990) has lead to propose that during the Mesolithic, the Upper Danube region was inhabited by a "Fish Teeth Band", characterized by the use of carp fish teeth and exogenous fossil shells as ornaments. However, technological data on these personal ornaments drastically lacked and especially for the fish teeth associated to the Mesolithic burial of Hohlenstein-Stadel that remained completely undescribed until now. The aim of this paper is to establish how the carp teeth from HohlensteinStadel were modified and worn before being deposited in the burial. High-resolution microscopic analysis identifies usewear traces and a red compound adhering to the surface of the teeth. Structural and elemental analysis of the residue combining light and scanning electron microscopy, infrared spectroscopy, and Raman analysis identify a suspension technique that uses an adhesive composed of an organic binder mixed with charcoal and minerals including hematite, dolomite, and quartz. Ethnological inquiry reveals that this system of suspension, commonly used in traditional societies, is for the first time documented, at Hohlenstein-Stadel, in an archaeological context. 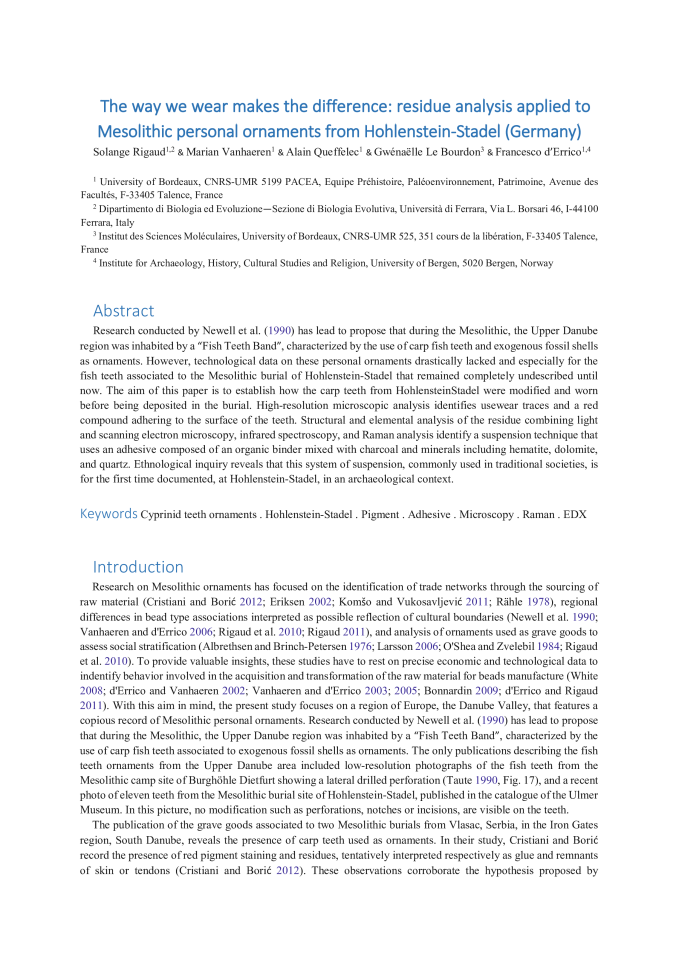