Educators in immersion contexts who view a policy of strict separation of languages in the classroom as the ideal model for second language acquisition are often reluctant to make connections between the dominant language, the target language and other home languages resulting in missed opportunities for drawing on pupils’ entire linguistic repertoire to foster their learning (Cummins, 2007; Fives and Gill 2015). This presentation considers teachers’ discourses surrounding the place and role of the dominant language (French), the target language (English) and home languages from the perspective of all ten classroom teachers at a French primary school with a school-wide English immersion program. It presents data comprised of semi-structured interviews, filmed observations, self-confrontations and focus groups sessions collected during a participatory action-research project (May 2018 to July 2019). Since the program’s inception in 2011, the one teacher/one language model has been adopted with approximately half the day spent in each language. Most of the English-medium teachers received training at a French-immersion school in the US where they were strongly discouraged from speaking any language other than the target language to their students and have continued to adopt this practice. The paper discusses several themes which emerged during the data analysis including: teachers’ and pupils’ use of the dominant language as well as the use of children’s other home languages during the different designated times; the role played by teachers with respect to school language policies and teachers’ developing understanding of these roles throughout the project. 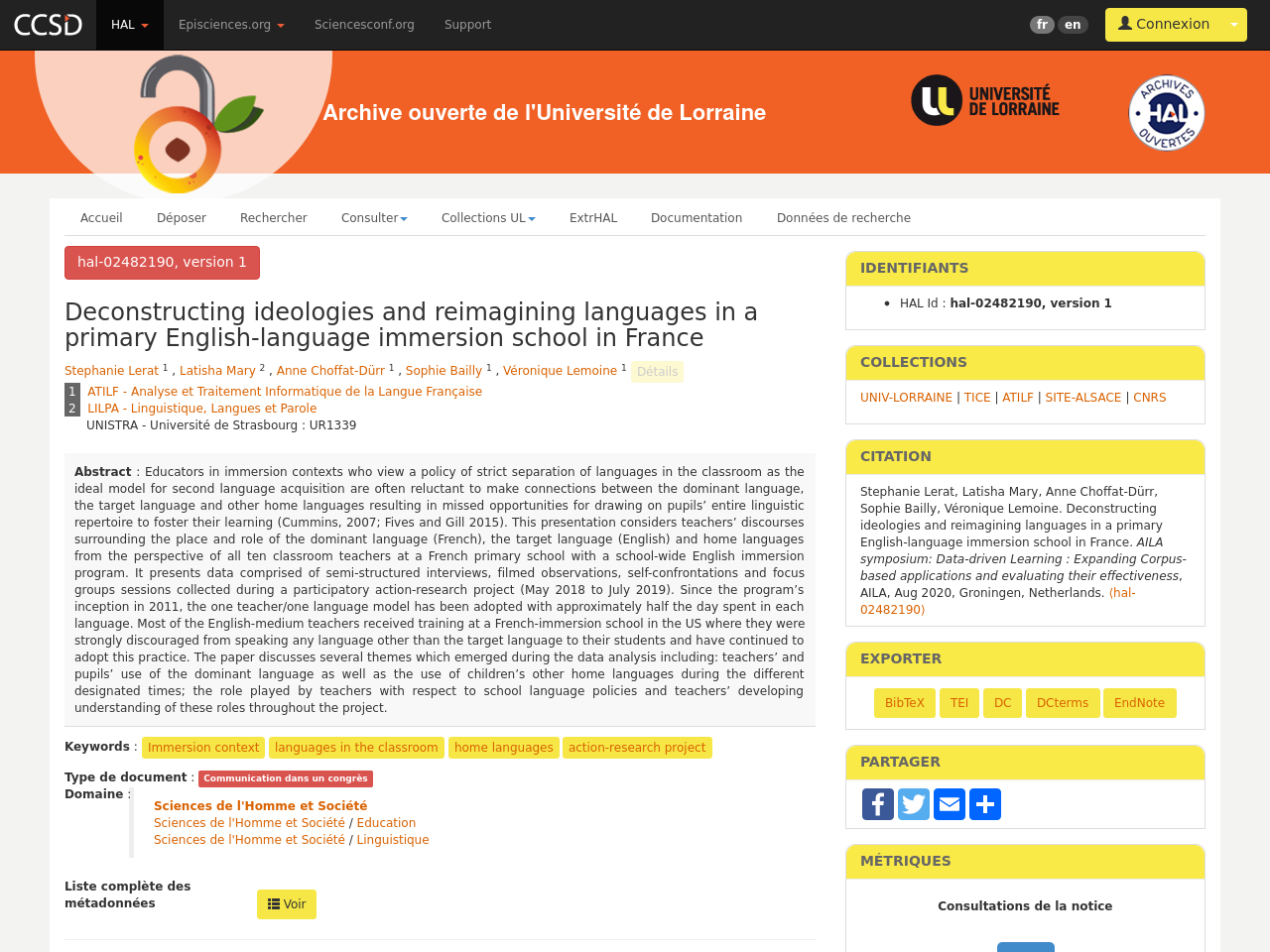