Parity, Purchasing power Law of one price One price, Law of

: In this paper we test the purchasing power parity principle (PPP) with a sample of 17 Latin American countries and data from 1960 to 2016. For this purpose, we used two relatively new panel tests proposed by Pesaran (2007) and Hadri and Rao (2008).The first test allows the PPP to be tested on all possible pairs of real exchange rates of the currencies belonging to the countries studied herein. The second test allows us to identify the type of PPP hypothesis that characterizes each country&#8217;s bilateral real exchange rate vis-à-vis the U.S. dollar. This latter test takes into account that the series in the panel may contain a breakpoint or structural break and show cross-section dependency, that residuals are serially correlated, and that structural breaks can have diverse forms for each bilateral real exchange rate. Results from the Pesaran (2007) test suggest that the PPP is fulfilled for all possible pairs of real exchange rates studied here. In addition, the results of the Hadri and Rao (2008) test validate distinct versions of the PPP for countries in the region. 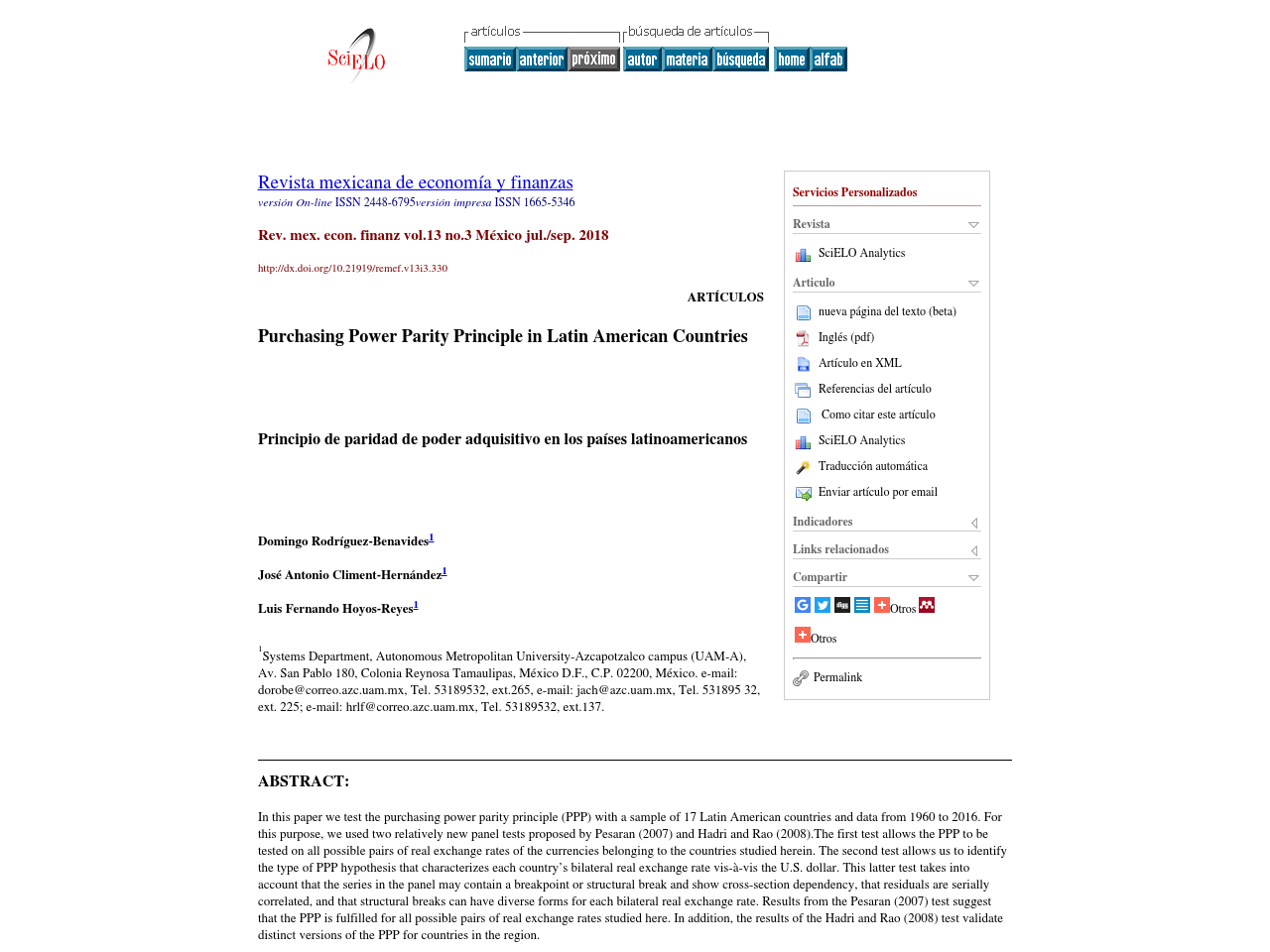