Tracking change in the French-style gender gap : Through the 2012 presidential election

This article first interrogates the political dimension of the attitude towards equality between men and women in the 2012 presidential election campaign, then considers the question of the alignment of men’s and women’s electoral behaviour. Analysis of the 2012 Présidoscopie and post-election survey by the Cevipof throws light on current events and on the evolution of the French-style gender-gap, whose third phase, characterised in particular by the reluctance of women to vote for the far right, appears now to have been overtaken. 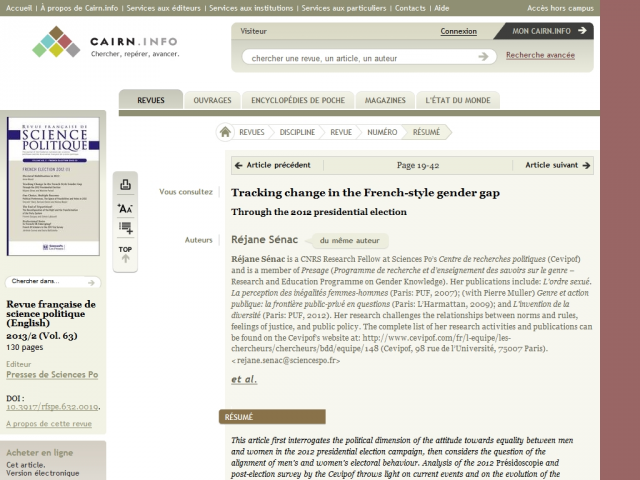