Rawification and the careful generation of open government data

Drawing on a two-year ethnographic study within several French administrations involved in open data programs, this article aims to investigate the conditions of the release of government data – the rawness of which open data policies require. This article describes two sets of phenomena. First, far from being taken for granted, open data emerge in administrations through a progressive process that entails uncertain collective inquiries and extraction work. Second, the opening process draws on a series of transformations, as data are modified to satisfy an important criterion of open data policies: the need for both human and technical intelligibility. There are organizational consequences of these two points, which can notably lead to the visibilization or the invisibilization of data labor. Finally, the article invites us to reconsider the apparent contradiction between the process of data release and the existence of raw data. Echoing the vocabulary of one of the interviewees, the multiple operations can be seen as a 'rawification' process by which open government data are carefully generated. Such a notion notably helps to build a relational model of what counts as data and what counts as work. 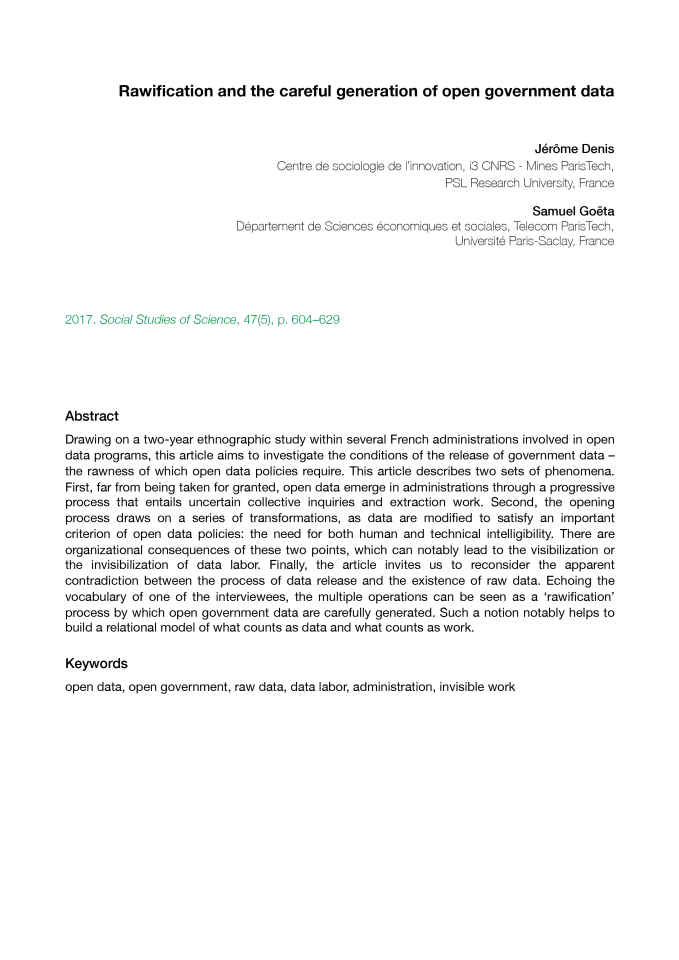