From Benedict Anderson to Mustafa Kemal: Reading, Writing and Imagining the Kurdish Nation

This article considers the usefulness of Benedict Anderson’s Imagined Communities as applied to Kurdish studies. Building on previous critiques (Chatterjee, Rosaldo, Silverstein, Wogan), it argues that « print-capitalism » does not fit this context, but finds merit in the notion of « imagining the nation » through discourse. « Print-capitalism » is interrogated by first considering the issues of orality and literacy, and then those « deep-seated Western views » concerning language ideology which underpin Imagined Communities and impact directly on the Kurdish context. It is asserted that the Kurdish situation before the 1990s cannot be accurately described using the term « print-capitalism ». Next, citing the work of anthropologists (e.g. Karin Barber), who explore the relationship between social context, identity and discourse, the article explores how we may more fruitfully investigate the « imagining of the nation » without the model of « print-capitalism. » 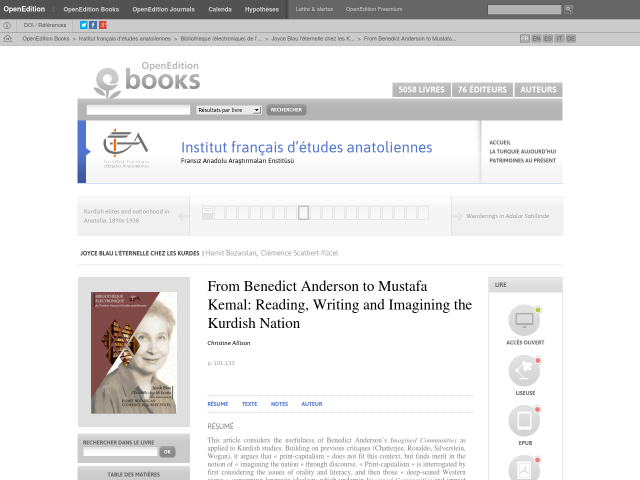