A better understanding of the factors controlling N2 fixation is a pre-requisite for improving our knowledge on the contribution of N2 fixation process in the nitrogen cycling. Trace-metal clean nutrient/dust addition bioassays (+P, +PFe, +dust) were performed at three stations located in the western, central and eastern Mediterranean Sea, in summer 2008 as part of the BOUM cruise. The main goals were (1) to investigate the nutrient factor(s) limiting N2 fixation (uptake of 15N2) and (2) to evaluate the potential impact of a Saharan dust event on this biological process during the stratification period. Initially, surface waters at the three stations were DIP-depleted (<10 nM) while the DFe concentrations were relatively high (from 1.2 to 2.3 nM) most likely due to atmospheric iron accumulation in the surface mixed layer. At all stations, Saharan dust input relieved the ambient nutrient limitation of the diazotrophic activity as demonstrated by the strong stimulation of N2 fixation (from 130% to 430 %). The highest dust stimulation of N2 fixation was recorded at the station located in the eastern basin. The response of diazotrophic activity to nutrient additions was variable between the sampled stations suggesting a spatial variability of the factor controlling N2 fixation over the whole basin. At all stations, N2 fixation was not limited by Fe nor co-limited by P and Fe. At the western station, N2 fixation was DIP limited while at the eastern one, N2 fixation was first DIP limited, then was limited by one or several chemical element(s) released by dust. Our results demonstrated that a Saharan dust input was able to relieve these successive on going limitations. Very interestingly, at the station located in the central basin, N2 fixation was not limited by the availability of P yet it was strongly stimulated by dust addition (x3.1). A chemical element or a combination of several, released by the added dust may have been responsible for the observed stimulations of N2 fixation. These results indicated that Saharan dust pulses to the surface Mediterranean waters, in addition to P and Fe, could be a source of chemical(s) element(s) that are necessary for metabolic processes and therefore influence rates of N2 fixation. 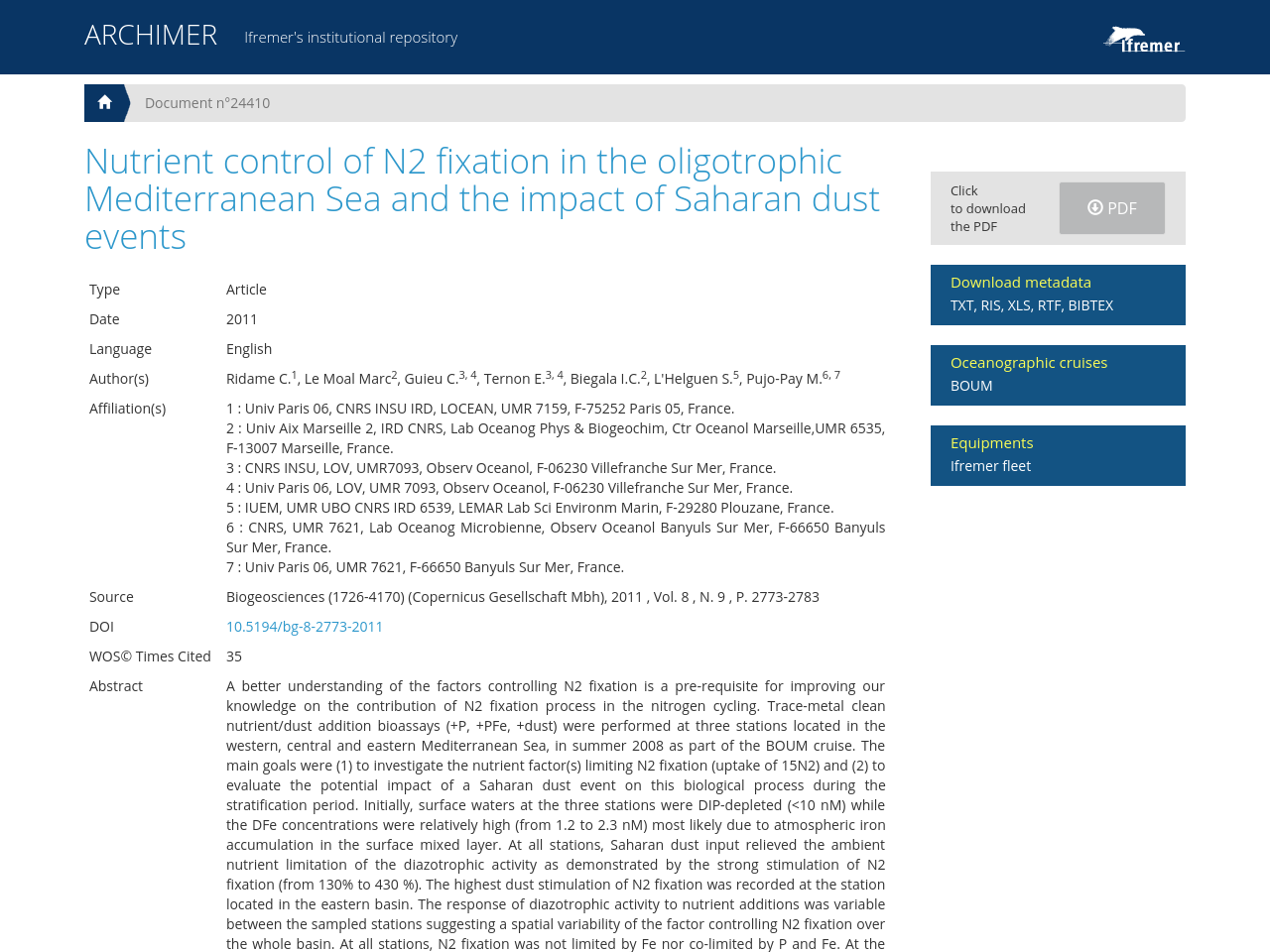