This paper deals with the politicisation of the so-called Batı Trakyalı (members of the Turkish-speaking minority in Western Thrace, Greece)in Turkey. The network of their associations is connected to ‘politics’ in both senses of the word: firstly, as the conduit by which collective awareness and involvement led to the construction of the Turkish nation-state; and secondly, in the sense of the climate of political competition which allows leaders of associations to benefit from individuals’ ambitions of social progression. This paper aims to establish the connection between the professed apolitical nature of these associations, and their leaders’ true actions and intentions. It focuses more specifically on the Zeytinburnu and Bursa branches of the Solidarity Association of Turks from Western Thrace. My objective is to demonstrate how in both of these branches of the BTTDD, the leading actors in the association have made a foothold in local public and political life, through the connections that they maintain with local business owners, and also the local power structure – in particular, the local Chief of Police and the Party of Justice and Development. 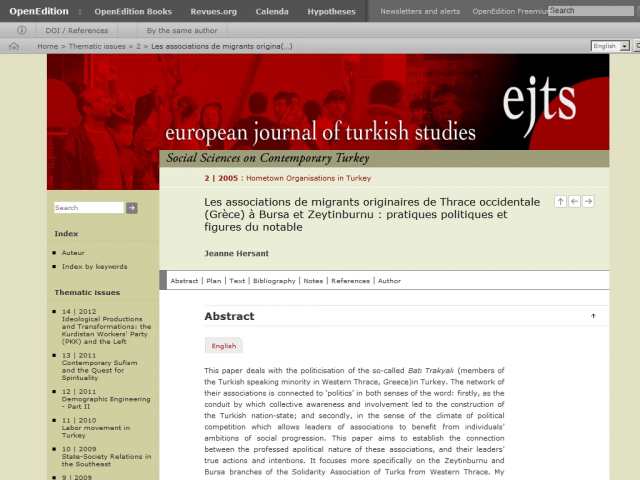